Home » Tech Tips » Shortcuts » How to Make Fire Emoji in Windows and Mac?

How to Make Fire Emoji in Windows and Mac?

Emoji are text symbols that you can easily insert in desktop and mobile applications. Unicode consortium defines the specification for emoji and release new emoji every year. Fire emoji is one of the popular emoji out of 1300+ available symbols. Though you can use the emoji keyboard in Android and iPhone, there are no standard keyboard available for desktops. However, you can use alt code keyboard shortcuts and emoji panel to insert fire emoji in Windows and Mac.

Use the below keyboard shortcuts in Windows to male fire emoji symbol in Word, Excel, PowerPoint, Outlook and other applications.

Let us explain how to use the above keyboard shortcuts and other ways to include fire emoji including MacBook.

Each emoji symbol has a unique code point in Unicode. Fire emoji is available under sky & weather category and has the code point as U+1F525. You can convert this hexadecimal code into a decimal code and use with alt key. The decimal equivalent of 1F525 is 128293, therefore alt + 128293 will make fire emoji 🔥.

Remember, you should turn on the number lock and use separate number pad to type the decimal code. Using regular number keys on the top row (below function keys) of your keyboard will not work with alt keys.

Shortcut for Microsoft Word in Windows

Most of the modern laptops do not have a separate number pad. Some models have numbers inside the regular keys, which is also not a standard design. In this case you can use the hexadecimal code directly with alt and X keys on your keyboard. Type the code 1F525, now press alt and x keys together to convert the code into fire emoji symbol 🔥.

This method will work only in Microsoft Word documents in Windows computers.

If keyboard shortcuts do not work, then press “Win Logo + Dot” key. This will open the emoji panel pop-up. Type “fire” to filter all fire related emoji symbols. Find and click on fire emoji to insert on your document.

As you can see, emoji panel also shows few other fire related emoji symbols like fire engine, firecracker, etc. You can use the following alt code shortcuts to insert fire related symbols.

The following symbols have surrogate code points having more than one hexadecimal code. You have to use emoji panel to find and inert these symbols.

Unfortunately, Word and most other applications will not support these surrogate codes. For example, man firefighter emoji will display in Word as multiple symbols. This is basically a person and fire engine emoji with a color skin tone. However, it will work properly in other social media applications like Facebook Messenger and Twitter.

Mac has alt key on the keyboard generally known as option key. However, option code only supports up to four digits hexadecimal codes. So, five digits fire emoji code points will not work in Mac with keyboard shortcuts. In order to overcome this issue, similar to Windows computer, Mac also offers a emoji panel called Character Viewer.

Press “Control + Command + Space” keys to open Character Viewer. You can use the search box to filter and insert fire emoji and other related emoji symbols. This will work on Pages, Keynote, Numbers and all other applications in Mac.

If you want to insert fire emoji in your HTML web pages, use either decimal code or hexadecimal code in the below format. 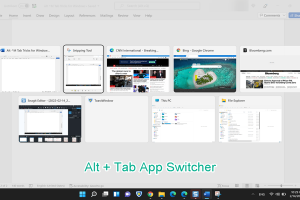 Windows comes with hundreds of default keyboard shortcuts. However, there[...] 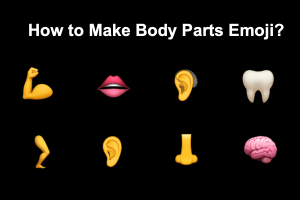 How to Make Body Parts Emoji?

How to Make Body Parts Emoji Symbols with Keyboard?

In many situations, you may want to type body part[...] 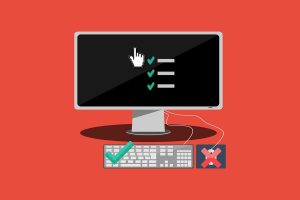 How to Right-Click with Keyboard in Windows 11?

Mouse has left, right and an optional middle button or[...]