China is one of the leading country in web development initiatives. You can feel the growth of internet evolution in front of your eyes when you are in China. With the huge population base, a popular website in China can easily become one of the top most site globally. Here is the list of top 10 Chinese websites by Alexa rank which indicates how web based companies took advantage of the growth in China.

Once part of the Taobao, Tmall was moved out as a separate company in 2010. This is a business to consumer online retail platform owned by Alibaba Group. Alipay is the preferred online payment system used on Tmall.com.

Weibo is a Twitter equivalent microblogging platform in China. It was launched by Sina Corporation on August 2009. It is also a NASDAQ listed company having more than 500 millions of registered users in China. Alibaba Group owns 32% of holdings in Sina Weibo.

Sina Corporation is a NASDAQ listed online media company in China offering multiple services including social networking. Sina Weibo is the popular microblogging platform offered by Sina Corp. And the other services are Sina Mobile, Sina Online and Sina.net.

Sohu.com Inc. is a NASDAQ listed company offering variety of web based services to billions of Chinese users. The services include the popular Sogou search engine and 17173.com game information portal. Changyou.com is the subsidiary portal of Sohu.com Inc. for offering online multiplayer games.

Hao123 is a online web directory portal from Baidu. It has a Thai and Portuguese versions.

Taobao is the online marketplace for buying low cost items. This is a C2C platform which means consumer sells products to other consumers. Anyone in China can open a Taobao store by following the guidelines on the site and start selling items. Taobao was founded by Alibaba Group on May 2003 and is one of the largest ecommerce companies in the world.

Before WeChat, it was QQ used to occupy everyone’s mobile phone for instant messaging service. Still QQ instant message service is being used by millions of people along with many other services from the parent company Tencent Holdings Limited.

Baidu is the largest search engine in China having more than 60% of the market share. With Google is being officially blocked in China, Baidu is the one of the largest source of information for billion of Chinese population. It was incorporated in January 2000 and was listed in NASDAQ-100 index during December 2007. Besides search engine, Baidu also offer many other services like Hao123 for web directories, Baidu Maps, Baidu TV, etc.

Below is the summary along with global and China Alexa rank of top 20 websites in China.

Above is only the top 20 list. Besides that there are many other popular sites in China like CCTV, Xinhuanet, Aliexpress, Alibaba, JD, Chinadaily, WeChat, 163, etc. 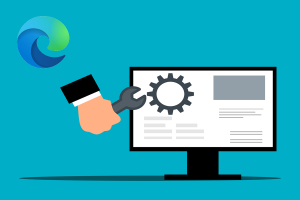 How to Manage Website Permissions in Microsoft Edge Browser? 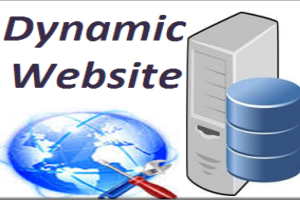 What is a Dynamic Website? Unlike static websites, a dynamic[...] 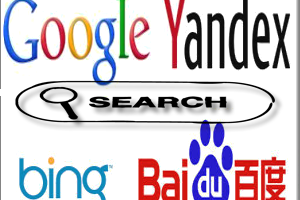 Submit Your Site to Search Engines

How do I Submit My Site to Search Engines? Google[...]