What are Different Chrome Versions and Release Channels?

Google Chrome is currently the most widely used web browser among internet users worldwide. The browser is fast, secure and has a simple user interface alongside other built-in smart features. Moreover, the Chrome browser works on a range of platforms including Windows, macOS, Linux, iOS and Android. This makes it possible to browse using Google Chrome on any device such as a personal computer, smartphone, tablets and many other internet-enabled devices.

Related: How to block websites in Google Chrome?

Since its introduction in 2008, Chrome browser has undergone several upgrades as Google engineers strive to fix bugs and add extra features. These continuous updates result in new versions of Chrome and several builds of the version in-between. Every new version comes with minor or major changes, often there are new features as well as bug fixes. To roll out these updates to the users through a multiple release channels system, each of these release channels represents separate stages in the development system. This enables Google developers to slowly roll out new features and updates to users without breaking the latest working version of the browser.

Google Chrome supports four release channels namely: stable, Beta, Dev and Canary channel. Each of these channels provides different Chrome builds ranging from the most stable and tested version to the untested and probably the most unstable build. Users can run all the four channels in parallels on Windows, Linux and Android devices. This capability allows web developers to test new codes on different Chrome versions, and adjust the code to accommodate upcoming changes.

The stable version will auto update whenever you connect to the internet. This will help to keep the browser safe and protect you from latest threats.

This is the final testing stage for updates before being rolled out to the wider audience on the Stable release channels. The Chrome Beta version is mostly stable but may have a few minor bugs, which are fixed at this development stage. This release channel gets weekly updates (for minor releases) and every six weeks (for major releases). Moreover, the Beta channel receives updates more than a month earlier than the stable channel, providing the safest way to experience upcoming Chrome features. In other words, the Beta version enables preview features in development and give feedback for improvements without taking too much risk.

The Chrome Dev channel releases Chrome version used by Google developers to test major changes to Google Chrome browser. Some of the updates in this channel may not make it to the Stable or Beta channels. The Chrome Dev versions are more prone to errors, crashes and compatibility issues, as well as many bugs waiting to be fixed.

This channel receives updates once or twice every week and much of the features are work in progress. However, the Dev version is useful for web developers to see what the Chrome team is working on without long breaks between the builds.

Deriving its name from the famous ‘canary in a coal mine’ the channel releases Chrome version with the latest features and updates, though completely untested. The channel is used to identify bugs that could crash the more stable versions of the browser for the Google developers to fix. The Canary channel is updated automatically by Google servers whenever there is a new Chrome development code (roughly on a daily basis).

In addition to the above release channels, Google also maintains the open source Chromium browser. Google Chrome is a modified version of the base Chromium. you can learn more about the difference between Chrome Vs. Chromium in our earlier article.

You can also try the experimental features on your stable Chrome version using chrome://flags settings page.

Chrome developers use a 4-channel release system to roll out new features to users. The stable channel releasing the most stable and fully tested version, while the canary channel releases newly developed versions. These different versions give users an opportunity to explore new features before they are released for general use. However, the purpose of these versions, as named, are for development and testing purposes. Always ensure to use the stable version for normal use like browsing and financial transactions. 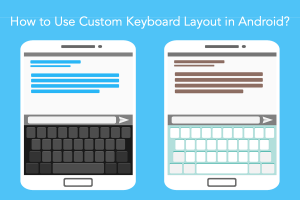 How to Use Custom Keyboard Layout in Android?

How to Customize Keyboard Layout in Android 12? 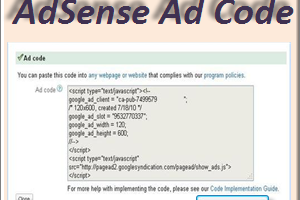 What is AdSense Ad Unit? AdSesne ad unit is a[...] 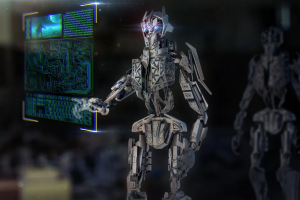 Trending Ideas and Use Cases for GPT-3 OpenAI

Artificial intelligence startups are in the shortlist of the most[...]