How to Send Red Packet in WeChat App?

Giving money as a gift is tradition in many countries. In China, people put the money in red color envelope and give as a gift during occasions like weddings, birthdays and holidays. This is also a common activity during Lunar Chinese New Year. Hong bao (红包) is the Mandarin word for red packet or red envelope which is also called as lucky money. Big Chinese tech companies make this red packet popular with Tencent introduced WeChat Red Packet during 2014. Other companies like Alibaba and Baidu also offer similar red packets for people to send money as a gift.

How to Send Red Packet in WeChat?

Let us explain how to do send red packet in WeChat to individual friend or in group chat to multiple people. We explain with iOS WeChat app and the process remains same on Android and other apps.

Related: How to top up mobile using WeChat?

Preparing and sending lucky money in red packet is easier similar to transfer money to your friends.

Open WeChat and tap on the person to start the chat session. Tap on the + icon and then select ‘Red Packet’ option. Note, red packet option will be available only for Mainland China, Hong Kong and South Africa users. You will not see this option if you have registered WeChat outside any of these countries.

On the next screen enter the amount. WeChat only allows sending 200RMB as red packet to individual person. If you enter any amount >200, you will see a message ‘Up to 200CNY for each Rad Packet’. Note that CNY and RMB are equivalent terms used for Chinese currency indicating Chinese Yuan and Renminbi.

Let us enter 200CNY to proceed further. You can also leave a greeting message for the receiver along with money transfer. Tap on ‘Prepare Red Packet’ button to send money to the receiver.

With the latest WeChat app, you can send stickers in the greetings message and add a red envelope cover.

WeChat will ask you to approve the red packet payment. Confirm the payment by tapping on ‘Pay Now’ button and validate with your passcode or touch id if required.

Approving the payment will instantly transfer the money to the chat receiver. And you will see a message on the chat indicating money transfer. Also you will see a confirmation message when the receiver opened the red packet.

You can tap on the red packet message to see the details of the amount, greeting message you have entered during preparation of red packet and the status whether the receiver opened the red packet or not. Not that, once you sent a red packet the amount will be deducted from your balance or from the linked bankcard. You will instantly receive a WeChat notification or SMS from bank for the amount sent. If the receiver do not accept within 24 hours, you will see another transaction when receiving the money back.

As a receiver, you will get the chat message and tapping on it will open the popup like below indicating you have received a hong bao or red packet.

Tap on the button to receive the amount in your WeChat Pay wallet.

WeChat will transfer the amount to your WeChat Pay wallet which you can see as a balance. You can use this money for any transactions. You can go to ‘Me > Wallet > Balance’ and withdraw the amount. In order to withdraw the red packet money to your bankcard you should have a Chinese bankcard added to the WeChat Pay. You can’t withdraw the money to outside Mainland China bankcards.

The process of sending red packet to group members is similar to sending to individual. Open group chat and prepare the red packet as explained above. You will have different options when preparing the red packet.

Let’s say we have entered 600CNY and the total members are 12. For the fixed amount, each person in the group will get 50CNY. For the random amount, each person will get different random amount. The highest amount is considered as the luckiest draw. You can view the details the amount received by each member. Any remaining amount in the red packet after 24 hours will be returned to your account.

3. Sending Red Packets to Nearby People

Go to ‘Me > Wallet > Money’ and scroll down to see multiple options in WeChat. Tap on ‘Packets Nearby’ and prepare the red packets to send to people nearby you. WeChat will prepare a QR code which can be scanned to claim the red packet money. WeChat will regenerate the QR code in every minute so the receiver needs to scan the code from your phone in most cases.

Only in this case, you can tap on the three dots button and reclaim the red packet money.

Red packet has some legal limitations due to the involvement of financial transactions:

Chinese New Year is one of the precious and happiest time for Chinese people who will spend time together with family members. If you are living in China during Chinese New Year, we strongly recommend you to send red packets to your friends and colleagues using WeChat app. This is to show that you are caring about them and a way of showing love. If you didn’t have their contacts in WeChat, buy an empty red envelope from any shop, put some RMB and give them as a gift. This is a workable option especially for kids who may not have phone or WeChat account. 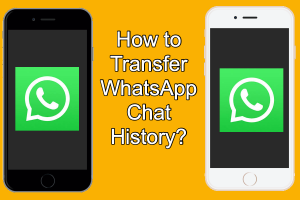 How to Transfer WhatsApp Chat History

How to Transfer WhatsApp Chat History to New iPhone? 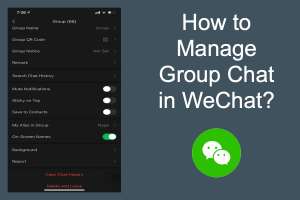 How to Manage Group Chat in WeChat?

Chatting apps like WeChat and WhatsApp are very popular among[...] 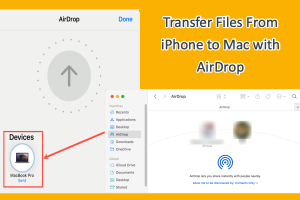 Transfer Files From iPhone to Mac with AirDrop

How to Use AirDrop to Transfer Files from iPhone to Mac?