Home » Tech Tips » The Internet – The Tool Of Liberation

The Internet – The Tool Of Liberation

The Internet has really changed the way we live. From academic journals to the most glamorous entertainment, we have everything ready at our fingertips at the touch of a button. While it may be easy to overlook the fact that The Internet has indeed become indispensable in our lives, still we need to keep in mind that we need to honor this tool of liberation.

Related: How to run a free online background check?

Earlier, it was difficult to get the required information whenever you want to learn about something. We would have to sift through voluminous books or other non-electronic material stored in libraries and archives. However, with the advent of the digital age, all these encumbrances and hassles have become a thing of the past.

This has made it amply clear that the Internet has a liberating effect on people. We now conduct all our important activities like searching for information, making travel bookings, shopping and undertaking financial transactions online. It is no longer necessary for us to stand in long queues waiting just to pay money for something that we choose to buy. If this is not liberation, then what is?

The latest technological developments in the field of the Internet include a variety of add-on elements like data cables, power banks, free Wi-Fi and even VPNs that let you unblock and geo targeted content from any part of the world. This article explains all the important changes that have taken place after the advent of the Internet and how it has transformed our world. It explains the Internet in its nascent stages as the Information Superhighway to how it now functions in the Internet of Things or IoT.

Read on to find out how the Internet has evolved from being a tool of getting information to becoming a tool of liberation.

The Internet started its journey as the Information Superhighway. Talk about this upcoming technology was already ripe in the closing years of the 1990s. At that time, it was only present in the USA but slowly it started spreading to other parts of the world.

By the year 2000, that is the turn of the millennium it had already spread far and wide all over the world. At the beginning, people use it only for searching information on general topics. Slowly it began taking commercial overtones with every company starting to have a website. However, in modern times it has become mandatory for all companies to have .com attached to their names. Then even other nomenclatures like .org, .gov and .net began to be used that specify the type of the website that has been designed.

All this denotes the progress of the Internet in its nascent stages.

Then in the early 2000s, there was a boom in e-commerce that helped fuel more interest in the Internet. This led to people changing the way they buy merchandise using the power of the Internet. There was no need to see the products on your own as everything was made available at the click of a mouse.

This e-commerce boom has burgeoned in recent times with large companies like Amazon and many others taking over the places of supermarkets and departmental stores. What’s more, they even provide you with discounts that are as high as 30 %. All these facilities were unheard of in earlier times. In this way, it has truly liberated the consumer from the shackles of exploitation by eliminating the middleman.

This has enhanced the level of business as well as it has produced more competition among the different companies that signify a rise in industry standards. All this augurs extremely well for the consumer who does not have to go through a series of supply chains in order to get the best deal available.

The next thing that came into force is Net Banking. This means that the financial transactions that were earlier carried out by going to the bank or giving a cheque to the concerned person is now conducted online making the process much easier.

All you need is the Account Number, the branch of the bank and the bank code and the money can be transferred from even a smartphone with the necessary information going from one account to another in a jiffy without any hindrances. No need of paperwork or standing in long queues either. This process has become much easier and well-organized owing to the ease of doing business using net banking. This has only been made possible due to the liberating power of the Internet.

A Virtual Private Network or VPN is basically a facility that lets you avail of a private network over public infrastructure. This is extremely essential in making your system safe and secure from the hands of hackers and unscrupulous elements.

In other words, you definitely need to make use of a VPN the moment you enter a public place like a hotel or a cafe where you make use of public Wi-Fi that leaves you vulnerable to the hands of malicious elements like these. Nowadays there are many completely free VPN services that you can use for getting this work done with maximum safety and security.

The latest addition in the realm of the Internet is the Internet of Things (IoT). This term refers to smartphones, tablets, smartwatches and Internet TV for starters. It basically denotes the usage of the Internet in a variety of tools and equipments that are used daily in our lives. This has brought about a new level of technology in our lives that was not possible before.

There are talks that this Internet technology will be taken to include a plethora of other items including smart classes, smart houses, and smart cars that will enhance its level even further. Hence, it is clear that the day is not far when all these things become a reality considering the fast pace of research that is being carried out in this sphere of knowledge.

All these factors have also led to the birth of artificial intelligence in machines that constitute the future of the Internet. There is also high-end research that has been conducted in the field of robotics and soon we will see robots replacing people for a number of jobs like driverless cars and unmanned digital libraries.

Hence, it is truly commendable that the Internet has gone a long way from being a simple information superhighway to a high-end technological platform. This truly reflects and showcases its liberating power. 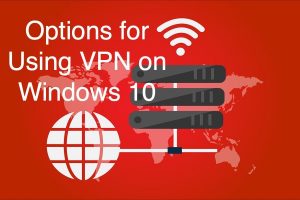 Options for Using VPN on Windows 10

How to Use VPN in Windows Computer? 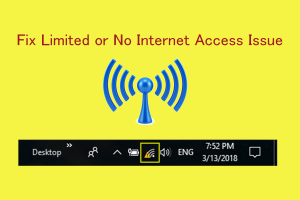 Fix Limited Or No Internet Access Issue in Windows PC

Ever frustrated with the yellow triangle with an exclamation mark[...] 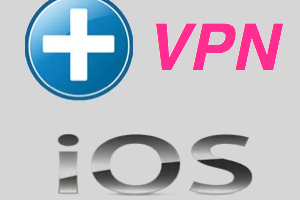 How to Add VPN in iOS for iPhone and iPad?

VPN or Virtual Private Network is used to secure your[...]