What distinguishes Android devices from their iOS peers is their openness. If you find the manufacturer’s firmware imperfect, you can easily replace it. You can not only customize your device but also install a fresh OS on old gadgets which producers no longer support.

In the beginning, this term firmware only applied to small programs in the ROM (read-only memory) of a device. This firmware was mission-critical, and it was almost impossible to modify without access to very special professional tools.

With Androids, the situation is very different. The firmware includes the whole operating system. It is often called Android ROM, as users may not straightly write to it. Then how could custom firmware Android work, you may ask? The storage location is NAND flash memory, which is writable and is also utilized for CS cards and memory sticks. Hence, it is a simple habit to use this term.

There are three default components installed by manufacturers:

Build is the only component generated from the open-source code. This means that the code for the user interface, kernel, key apps, libraries, and other parts of the system, is freely available. Hence, it is also the only element that users can modify and extend. Such flexibility enables companies to offer customized OS distributions. They are known as “custom firmware” or “custom ROMs”.

It is possible to create Android from source and then flash it onto whatever gadget is compatible. Usually, one may share a build as a ZIP file. The other two components are supplementary closed source programs, which may not be normally replaced. Whenever users talk about flashing a new ROM, they refer to the build.

Related: Why digital marketing is important for your business?

This is a tiny bit of proprietary code. Its main function is to start the OS whenever an Android gadget is working. Additionally, it has to check system authenticity. If it is, only the manufacturer can sign the boot partition via a unique OEM key.

This part enables you to use all the wireless networks from 2G to 5G. In essence, it is a second OS. But it works independently on a so-called baseband processor. Most popular types are produced by Qualcomm, MediaTek, and Spreadtrum. Normally, this will be a real-time OS. The communication between the two systems occurs via callbacks and sockets.

Reasons to Install the Custom Firmware

You have finally received your brand new phone. Playing enough with its programs, you understand that it would be better if they did not exist at all. Most often, producers are completing a soft set of devices, focusing not on the feasibility and quality but purely on financial profit. In addition, these programs are part of the system and are hard to delete. As a result, one gets a device stuffed with frank rubbish that ruins the impression.

Getting Additional Features and System Settings

Many firmware has a look and feature set that is so different from the original Android. We can already speak boldly about independent operating systems. First of all, we are talking about such popular Chinese projects as MIUI, Lewa, and Oppo. They are developing at a gigantic pace. After trying these oriental developments at least once, you will look at the Android with undisguised regret.

There is other firmware such as AOKP which is based on Android. It gives such a space in the settings and customization options that owners of ordinary smartphones haven’t dreamed of.

This may sound strange but the firmware created by the free community can be safer than a Google product. If you wish, you can completely get rid of the all-seeing eye of this company in them. Just replace all their services and applications with third-party developments. Therefore, you receive “Android without Google”, as strange as it may sound.

Many popular manufacturers love to equip smartphones with their branded programs and appearances. However, they are not always the best for users. Unfortunately, many of them are frankly ugly and inconvenient. Besides, they also manage to significantly slow down the system. Simple standard Android on this background shows speed records and impresses with its responsiveness.

The firmware is indeed replaceable. But such operation poses a great risk unless performed by professionals. After wrong firmware replacement, the gadget will be unusable. Hence, only competent specialists can carry out such operations. If you do decide to complete it by yourself, remember to prepare a backup and factory image copy before tinkering with your OS. 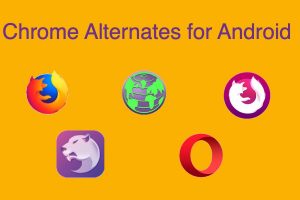 When using Android mobiles, it is more likely you rely[...] 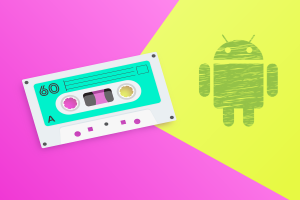 Call recording is a convenient feature to record a conversation[...] 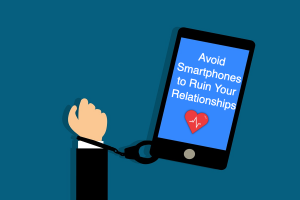 Avoid Smartphones to Ruin Your Relationships

7 Ways to Prevent Smartphone from Ruining Your Relationships

Technology have both positive and negative impacts on our daily[...]