Updated on May 10, 2022 Posted by Editorial Staff Tech Tips No Comments

The mobile industry is experiencing numerous breakthroughs and advancements in connectivity with the roll-out of various network generations to improve communication. These network generations have successive upgrades (from 1G to 6G) to decrease latency and increase data-carrying capacity. Here are what each mobile generation network has to offer and their limitations that gave rise to the current generation that we are enjoying now or would in the future.

Though, the account proper has its start with the 0G (zero generation) as it refers to the pre-cell mobile phone technology. A clear example is a mobile radiotelephony available in cars around the 1970s, after World War II. Also, they were mainly for commercial services to the public. A handful of such technologies of the 0G are the Push to Talk (PTT), Mobile Telephone System (MTS), Autoradiopuhelin (ARP), B-Netz etc., and are used only for voice communication.

The primary users are the realtors, construction foremen, loggers, and celebrities. It’s on the 0G platform that uses transceiver formed a bedrock for the other generations in this discourse.

The Nippon Telegraph and Telephone (NTT) launched the IG mobile network in Tokyo in 1979. And had its first roll-out in Japan, and before 1984, the whole country adopted the network. Then, from 1983 onwards, the USA started using it, followed by Canada, the UK and other countries. To set up 1G requires mounting cell towers in various locations in the country to provide network coverage. And one has to be within those cells to receive a signal for communication. The only thing obtainable with the network is to make calls since it doesn’t permit sending or receiving text messages.

As the network relied on radio systems (being analogue in nature), this posed a lot of drawbacks. Security is an issue due to the lack of encryption in the network, making it susceptible to hacking. Also, conversations are difficult to hear and record as signal drops in, network coverage tend to cause unreliability in voice transmission and poor or low sound quality.

Network signal interruption came in handy as there was no compatibility among systems that operated this network as each was using different frequency ranges. With download speed being slow, recording at most 2.4Kbps and 30KHz for channel capacity caused data transmission delay, and there was no support for roaming. Motorola happens to launch the DynaTAC as the first public available phone to adopt the network. Despite the IG drawbacks, it has a record of over 20 million global subscribers within a decade of its emergence and paved the way for the development or improvement of the other generations.

Replaced the 1G network to cover its inadequacies or drawbacks as launched in Finland in 1991 to maintain GSM (Global System for mobile communication) standard. 2G mobile network embraced a switch from the analogue (used by 1G) to a digital signal. Notable improvements in transmission capacity, quality voice sound, and having calls encrypted (for security) came with the 2G.

Also, transfer speed skyrocketed through 9.6Kbps, 40 and up to 500Kbps (0.2mbps). Then, it became achievable for network users to use not voice calls only but now send and receive SMS or MMS. Though such services seem slow, and at times had a low success rate of getting to the receiver. So, GPRS came in to make it possible as an alternative to sending and receiving messages with emails.

2G mobile networks brought support for some smartphone functionalities we enjoy today, like sending and receiving files between cellphones. The production of candy bar phones to adopt this network became popular, having Nokia as the leading company as the Nokia 3210 was the notable then.

The release of the 3G network in 2001 (Japan) by NTT DoCoMo had the aim to improve the 2G in terms of speed, data transmission and network standardization. There is a notice of 4x times improvement of the 2G in 3G as it is visible in the ability of cellphones to video call, surf the web, stream music, watch tv and play games online.

Revolution in the cellphone being more of social connectivity or interactivity tool with the 3G is undeniable. Capabilities worth talking about are that users can now access files or the internet anywhere. Apple and blackberry became the most providers of cellphones utilizing this mobile network recording speed of at most 14mbps.

The 3G is often in a discussion, noticeable or still in use when the 4G coverage isn’t available.

First deployed in 2009 in Stockholm, Sweden and Oslo, Norway as “LTE 4G standard” offers 5x what the 3G network could do. Providing speed of up to 100mbps for fast web access and support for only mobile models of cell phones (laptops, tablets, smartphones) from 2013 onwards.

Higher voice quality, easy & quick instant messaging, better latency, streaming, and fast upload & download are noticeable services to improve user experience in the network. 4G became the current standard deployed all over the world today. For mobile devices to adopt the 4G, it requires building one specifically to support it, unlike the 2G or 3G counterparts that need just a sim swap to start using its network. Apple iPhones and Samsung galaxies became major smartphones to use the 4G network.

South Korea happens to be the first country to introduce this network through its telecom (KT, LG Uplus and SK) providers in March 2019. 5G presents to be purely wireless with improved speed and signal capacity and leading the breakthrough in IoT, though still in anticipation by other countries (global adoption).

Faster download and upload speeds became achievable with a reduction in latency and bandwidth size increase in the network. Also, 5G has a frequency range of 30-300GHz to support more technologies and devices, with the Blackberry phone taking its comeback in adoption. 5G network transformation is already notable in the banking and health care sectors, with real-time analysis for remote surgeries and vital signal monitoring as evidence. AI, Cloud Computing & Virtualization will surely take extraordinary leaps or exploit with this network.

6G network plans to significantly make services faster and support VR/AR, ubiquitous instant communication targeting 1Tbps and 1GHz. The forecast is that the first launch should be by 2030 and likely incorporate the 5G and satellite network. USA, China, EU, and Russia are positioning themselves respectively with their GPS, COMPASS, Galileo system, and GLONASS to lead this innovation. Also, other future mobile networks to emerge aims to improve the system and user’s comfort. 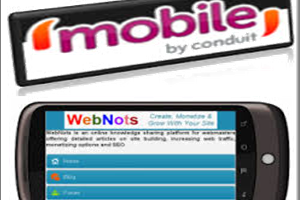 How to Create a Mobile App with Conduit?

Conduit offers simple way to create your mobile app from[...] 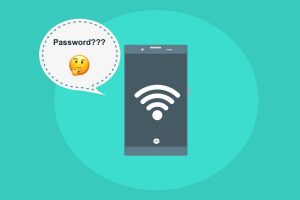 How to Find Wi-Fi Passwords in Android Phones?

It is very easy to connect to any Wi-Fi network[...] 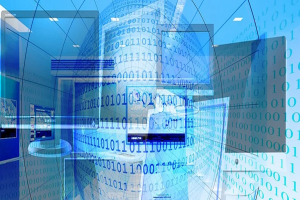 How to Enable Network Discovery in Windows 11 PC?

Network discovery is a feature that allows your computer to[...]