Home » Tech Tips » How to Use Dictation in Windows and Mac?

How to Use Dictation in Windows and Mac?

Dictation or voice typing is the speech to text technology to convert audio input to readable text. Applications like Microsoft Word offers in-built dictation feature which you can use for typing with voice inputs/commands. However, this is not a common feature in other apps like Apple Pages. Good thing is that both Windows and macOS comes with a system wide dictation feature. You can use this on any text box or text area to speak and convert your voice inputs to text content.

Dictation in Windows and Mac

Before using dictation feature in Windows or Mac, make sure to understand the followings.

However, there are no setup or configuration required and you can simply use the function whenever needed.

If required, click the gear icon to enable voice typing launcher and auto punctuation. Voice type launcher helps to quickly open the feature when you are in a text box.

Note: As you can see in the accessibility settings page, Windows also has a feature called “Windows Speech Recognition”. This helps to control your device with voice inputs. However, you need to use external microphone and activate this function using a setup wizard.

Follow the below instructions to enable dictation in Mac.

After setting up the language, place your cursor in any text input area like Pages or Word document. Press the shortcut you have setup or function key twice if you did not change the default settings. You can see a microphone appears and listening to your voice inputs. Start talking and see the voice input is automatically converted to text.

Dictation works nicely with auto formatting options like starting new sentence with a space and capitalize first letter when you end previous sentence with full stop command. You can check out the official dictation documentation from Microsoft and Apple for getting the complete voice commands to manage dictation like a pro. 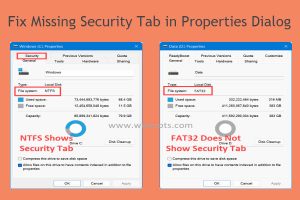 How to Fix Missing Security Tab in Properties on Windows 11?

The properties dialog box in Windows offers complete details of[...] 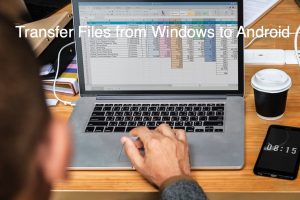 Transfer Files from Windows to Android

How to Transfer Files from Windows PC to Android and Vice Versa?

Android device storage has been growing larger with time allowing[...] 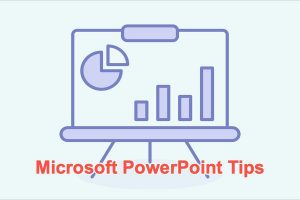 Microsoft PowerPoint (PPT) is one of the widely used presentation[...]