5 Tips to Become a Pro in Any Game

It doesn’t matter how old you are if you decided to start playing games. It is often believed that only children are interested in gaming but it is not true at all. Studies show that the average age of gamers is 31 years old. However, it is only up to you how you feel about gaming. If you believe that it will be beneficial for you in terms of your well-being, then you might be interested in several facts about games and tips on how to become a pro in this field.

It takes time to develop a healthy new habit or a new skill. Even though gaming sounds simple, you shouldn’t be misled – modern games can be totally different, from the simplest for kids to those where gamers from all over the world play for huge sums of money. You need to know why you want to achieve this or that goal, and then every day consciously move in the chosen direction. So, if you have decided to become a pro, you should have enough time and be determined. Every action taken, in a game or in life, brings us one step closer to our goal.

5 Tips to Become a Pro in Any Game

First of all, you need to choose a game you want to play. At the same time, it might be a genre you like and not a single game. For example, MMORPG games are popular worldwide and thousands of people play them every day. There are huge contests held every year and it is quite an interesting way to start your path in gaming. There are numerous tips and tricks online on how to succeed in any game. For example, articles on Shadowlands tips will tell you more about how to play, secrets, and features of the game.

It will be quite easy to decide on the game – rarely a person comes to esports without any knowledge, as a rule, they have certain preferences. The most popular disciplines are CS: GO, Dota 2, StarCraft 2, which are quite old. However, new games like Fortnite, released in 2017, sometimes also become professional disciplines with huge prize pools.

And if the niches of the giants already have their favorites and top teams, it makes sense to turn to the rising stars – new games that are gaining popularity, in which a professional niche of gamers is just being formed. It makes sense because you will have time to become one of the first promising teams, or even to become the basis of the future top team.

The choice of the genre also depends on the personal characteristics of future pro-gamer. Lightning-fast decision-making is one of the main conditions for a player in any game discipline, but, for example, in Dota 2 in addition to the reaction you need to control everything that happens on the map, and in CS: GO, the reaction is in the first place. Surprisingly, strategy games (RTS) require more strategic thinking and the ability to plan and predict carefully, as in StarCraft 2, for example.

In the coming years, computer games could become one of the Olympic sports. Global competitions in shooters, strategies, and other genres have been held for many years, and these tournaments gather millions of audiences, and the winners receive millions of dollars. But you can be a gamer, even if you just want to relax in the evening. You will need such a basic set.

Depending on your favorite game genre, as well as game titles, you will need a central device. For example, strategy, simulation, indie, and session games are easier to play on your computer. You can also attach virtual reality helmets to your PC, immersing yourself even more in the virtual world. You should also choose a computer if you do not want to pay a lot of money for games: you can get old hits on sale for a few dollars.

Today, a powerful gaming PC must have at least 6 processor cores, more than 16 GB of RAM, and an NVIDIA 1080 graphics card. It will be nice to have an SSD-type disk drive to download game levels faster. Consoles attract users with high-budget story projects. For example, Horizon: Zero Dawn, Halo series, and God of War are not available on PC. When choosing a console, the main thing is to consider which games you want to play because projects for Xbox often do not go on the PlayStation, and vice versa. Game consoles are cheaper than a powerful PC, but you will not save on them – you will have to spend money on expensive games that cost about fifty dollars each.

3. Purchase Everything a Gamer Needs

There are gadgets that all gamers need. You should definitely get them in the first place – a computer and a good monitor or game console. At the same time, there are many gadgets available to help you improve your gaming performance, although they are optional. However, we recommend you to think about their purchase as they will prove their usefulness already during the first game:

These gadgets will help you to feel more comfortable and succeed in a chosen game. Of course, each gamer has their own preferences and their own set of must-haves, but from the mentioned gadgets, you can make your own basis without which a self-respecting gamer cannot do.

And it’s not exactly about the culture of communication, or rather, not only about it. The rules of in-game etiquette can be quite specific and different from the social norms (for example, even those who do not play Dota 2 and games in general, know about the very difficult relationship of players with the mothers of their opponents), so before entering the game community, you need to learn professional slang, terminology, and many other subtleties, up to the in-game dictionary. Knowledge of the setting (universe) of the game is not necessary when it comes to esports disciplines. Therefore, when watching streams, you should pay attention to how players communicate with each other.

In addition to terminology and etiquette, it is important to study existing strategies and roles. Strategies and combinations will allow you not to step on the rake, which has already been stepped on by many other players, and although they will not make a beginner a professional at once, but will help to choose the most convenient technique in the game. As for the role – here, the autonomy of an individual gamer is only tactical, and they have a role in the overall strategy of the team. If in shooters like CS: GO the role is less important, then for Battlefield – or even more so, for Dota 2 – it is significant, and it often happens that the gamer does not go beyond it, and finally specializes in it.

It is necessary to create a training schedule and in general to think over the process so that it has a systematization. The training process should include watching streams, analyzing tournaments, learning game mechanics, and, of course, practice. It is recommended to play with serious opponents, it will allow you to develop skills faster. You should not hesitate to ask them for advice and recommendations; however, you should not be unnecessarily annoyed either.

It will also be essential to monitor all kinds of tournaments in the chosen discipline, and if possible to take part in them, even if the chances of winning are not high. This will, firstly, give you the necessary tournament experience, and secondly, introduce you to a professional community where you can find your coaches, teachers, possible teammates, and friends.

Gamers can be proud of themselves: science has proven that games are good for our minds and minds. It turns out that with the help of such entertainment, you can reach noticeable heights in self-development. More importantly, video games stimulate our brains and minimize the likelihood of developing depression.

“All work and no play makes Jack a dull boy,” the main character of The Shining was typing on a typewriter. Indeed, work is often viewed as the opposite of fun. However, recent scientific studies have proven that the opposite of play is depression. So, don’t hesitate to choose a game for yourself and start playing! 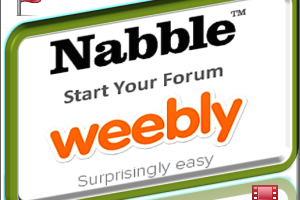 How to Embed Nabble Forum in Weebly Site? 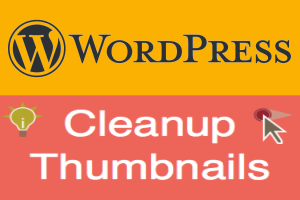 How to View and Delete Thumbnails in WordPress?

Managing images in WordPress is a simple task if taken[...] 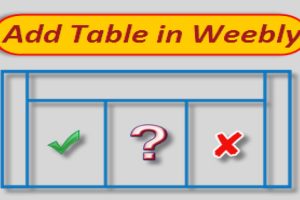 Table is a simple and precise way to express the[...]