Windows comes with hundreds of default keyboard shortcuts. However, there are only few shortcuts that works on all machines and people use as part of their daily routine. Alt + Tab is one such keyboard shortcut in Windows to switch apps. If you are using Alt + Tab for years, here are some tips to make your life much easier.

When pressing Alt + Tab keys, Windows XP and earlier versions used to show simple icons of open windows in the app switcher. However, this was changed in later Windows versions and currently you can view open windows with large thumbnail previews. The preview includes all windows including those minimized to taskbar. You can hold the alt key and then press tab to cycle through the apps from left to right direction.

Here are some of the alternatives and tricks to traditional Alt + Tab keyboard shortcut.

Pressing Win + Tab keys is the best alternate option which will open Task View. If you open Task View by clicking on the icon in the taskbar, hereafter you can use Win + Tab shortcuts for that purpose. This the best option instead of using Alt + Tab from accessibility point of view as you do not need to hold down any keys. After pressing Win + Tab, use the arrow keys to navigate through the apps and press space bar to select any window. Task View also shows your virtual desktops, and you can jump from open windows to desktops and vice versa using tab key.

By default, Alt + Tab app switcher will show each Microsoft Edge tab as a separate window. However, it only shows the active tab from other browsers like Chrome in a single window. In Windows 11, you have an option to disable Edge tabs showing as separate thumbnails in app switcher.

As mentioned, you can hold the alt key and press tab key to cycle through apps from left to right direction. However, if you want to go back to the previous app you need to press tab many times before reaching the app. Or press Alt + Tab again to start over from the beginning. The solution is to use Alt + Tab + Shift keys to cycle through apps in opposite direction that is from right to left. You can start with Alt + Tab keys and when you want to go back to the previous app hold shift (along with already holding alt key) and then press tab. This will help you to cycle through the app from right to left direction.

If you have any difficulty in using the tab for moving through apps, you can use the right and left arrow keys for navigation. First, press Alt + Tab to view all open windows and the use right or left arrow keys instead of tab or shift + tab. When the window is highlighted, simple leave the alt key to open that window.

5. Use Mouse with Alt + Tab for Easy Selection

Do you know that you can use mouse with Alt + Tab shortcuts for selecting the window? In addition, you can hover over any open window and click on the close icon to close that window without opening.

The problem with Alt + Tab shortcut is that you still need to hold the alt key while pressing tab. If you leave the alt key the app switcher will be closed, and the highlighted app will open. This may be annoying especially when you need to hold the right alt key on your keyboard. The solution is to use Alt + Control + Tab shortcuts to open the app switcher as a static view like Task View. In this case, after pressing the shortcuts you do not need to hold any keys and use tab, shift + tab or arrow keys to navigate and select the required window.

You can also use the mouse for selecting or closing any open app. The advantage here is that after closing an open app, the app switcher will remain open for you to select the app. You can select any app or press escape to close the app switcher.

If you like to use the latest app switcher but want to customize the appearance, then you need to follow few registry hacks. This works only in Windows 10 where the Alt + Tab app switcher shows larger thumbnails not in full screen. In this case, you can change the transparency effect, hide background app window, and dim the background. 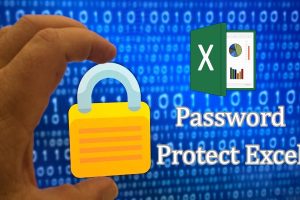 How to Password Protect Excel Workbook, Worksheet and Cells?

Microsoft Excel is a popular data storage and process tool[...] 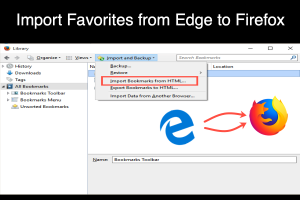 Import Favorites from Edge to Firefox

How to Import Favorites from Microsoft Edge to Firefox?

All of us have a habit of saving webpage URLs[...] 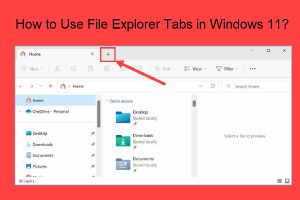 How to Use File Explorer Tabs in Windows 11?

How to Use File Explorer Tabs in Windows 11?

The tab function in File Explorer app was expected to[...]