Home » Tech Tips » Mac » What is the Meaning of Orange Dot in Mac Top Menu Bar?

What is the Meaning of Orange Dot in Mac Top Menu Bar?

Mac has more than 150 symbols to indicate different actions running in the system. Some symbols are easy to understand while it is difficult to get the meaning of many other symbols. Especially, the top bar in Mac shows lot of icons and sometimes you may notice a strange orange dot symbol. If you wonder what is that orange dot symbol, here is the explanation.

Orange Dot in Control Center Icon and Corner in Mac

By default, Control Center icon will look like two switches one on another with one switched off and other on as shown below.

When the app is running, you will see an orange dot next to Control Center icon like below.

When you use the app accessing the permission, the dot will move to corner as shown below.

Over period, you might have given permissions to many apps on your Mac but forgot which apps are using the microphone. To overcome this, Mac will show an orange dot in top bar indicating an app you have permitted previously is currently using microphone. Now that you may not like the app is using your Mac’s feature and want to remove the permission. There are few ways to find which app is using the microphone when you see an orange dot.

This app is a screen recording app and when you actually record the screen, the orange dot will move from the Control Center icon to the corner of the screen. You can simply close the app and check the top bar; you will not see orange dot now. Remember, simply clicking on the close icon will not close the app. You need to select quit option from the menu or save your changes and press “Command + Q” shortcut keys to completely quit the app in Mac.

Alternatively, you can also check the dock to find the currently running apps in Mac which will show a small dot below the app icon. Close all the running apps to remove the orange dot in the top bar.

Permanently Stopping the Apps to Use Microphone

Above methods will only help to find the apps using microphone. Also, closing the app will only remove the orange dot temporarily and it will reappear when you launch the app and use the microphone feature. If you really want to stop some or all the apps using your microphone, then you need to manually change the app permission. You need to check the system settings to find app’s permissions and change if required.

Note: iPhone also will show orange dot when an app is using microphone. 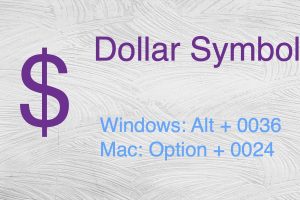 Dollar sign is used to indicate currency of many countries,[...] 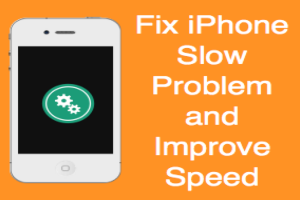 How to Fix Slow iPhone and Improve Speed? 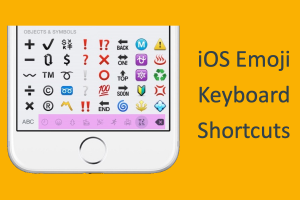 How to Type Emoji with Text Keyboard Shortcuts in iPhone?

Apple has a big list of Emoji symbol in default[...]