How to Open Blocked Apps with Apple Can’t Check it for Malicious Software Warning?

Generally, you can download .dmg or .pkg or plugin files and install on your Mac. Apple checks the following when you install app from the third-party websites:

Most of the third-party apps will fail at the identification or notarization part leading to prevention of usage on Mac. In most case, you may be using it for long time, and it is not quite easy to inform the developer to update the app.

Mac settings allow you to choose only install apps from App Store or allow apps from identified developers. You will get different error depending upon this setting. When you allow third-party apps in settings, Mac will not stop installing or updating the apps without developer ID and notarization. It will only stop when you open the installed app. This will make an app unusable with an update in the latest macOS. You will get the error like below mentioning, “App can’t be opened because Apple cannot check it for malicious software”.

You will see an error, “App can’t be opened because it was not downloaded from App Store” when you have setting that does not allow apps outside App Store.

In all cases, the error message will show how did you download the app with no option to open.

How to Open the Blocked Apps?

Now that you have multiple options to open the app.

1. Allow Apps from Outside App Store

If you have blocked the third-party apps then ensure you allow in in the settings.

Henceforth, Mac will show an open button when you try to access an app downloaded from internet.

2. Use Open Anyway After Blocking

Now you can open the app and confirm the access by clicking on “Open” button.

3. Open the App with Right-Click

You can also access the app without going to settings. When you get the error message, click on the “Show in Finder” button. Alternatively, open “Finder” and go to “Applications” folder to locate the app. Control click or right click on the application file and choose “Open” option.

You will get the same error message for malicious software checking like below. However, this time you will see an additional “Open” button.

When Mac is certain about the malicious software, it will show “App will damage your computer. You should move it to the Trash”. In this case, ensure to move the app to trash and clean up the Trash instead of trying to open. Only open the apps that you are sure and using it previously. It is also good idea to report the issue to the developer to update the app for the latest macOS Catalina version. 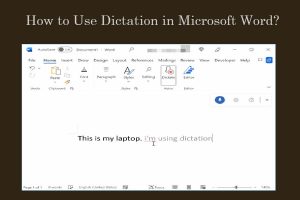 How to Use Dictations in Microsoft Word?

How to Use Voice Typing in Microsoft Word Windows and Mac?

Preparing a long document by typing word by word can[...] 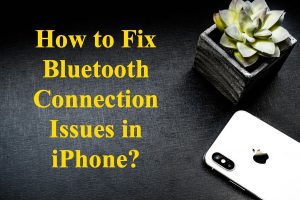 How to Fix Bluetooth Connection Issues in iPhone?

How to Fix Bluetooth Connection Issues in iPhone?

Bluetooth is an unavoidable feature in this fast phased world.[...] 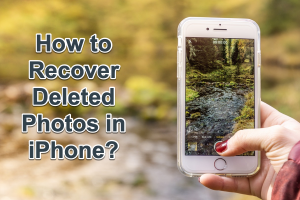 How to Recover Deleted Photos in iPhone?

How to Recover Deleted Photos in iPhone?

Did you ever delete a favorite photo accidentally in iPhone[...]