How to Move Start Menu to Left in Windows 11 Taskbar?

With every new Windows version, Microsoft tries experimenting new features with Start menu. Most of the time it backfires as users do not want to change their behavior just for the sake of good appearance. Since, Start menu is one of the most used and favorite items for Windows users, many users want to keep it in the left bottom corner as the way it appears for decades. If you are annoyed with Windows 11 Start menu that appears in the center, here is how you can move Start menu to left in Windows 11 taskbar.

Microsoft is famous for copying features from macOS. The latest Windows 11 version has a new look for the Start menu by moving the icons to center of the taskbar. This is similar to the dock in macOS that appears in the center by default. You can press the Windows key on your keyboard to open Start menu which will show you pinned apps on the top. Middle section will show the recommend files and the bottom section will show the user profile and power button.

If you are not happy to see the Start menu in the center of your taskbar, do not worry!!! You can easily change it back to the left corner like the way it looks in Windows 10.

Note that unlike earlier Windows version, you will not be able to move the entire taskbar to top, left or right location. At this point of time, what you can do in Windows 11 is to move Start menu and other icons in the taskbar to left alignment. However, Windows 11 is still in its earlier phase and you can expect further possibilities will be released in future updates. 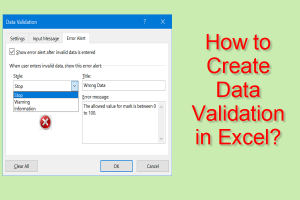 How to Create Data Validation in Excel

How to Create Data Validation in Microsoft Excel?

Microsoft Excel is one of the most extensively used tools[...] 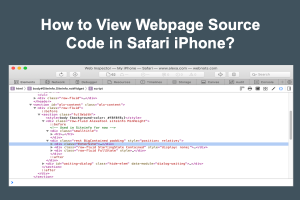 How to View Webpage Source Code in Safari iPhone

How to View Source Code of Webpages in Safari iPhone on Mac?

On desktop computers, you can use the developer console on[...] 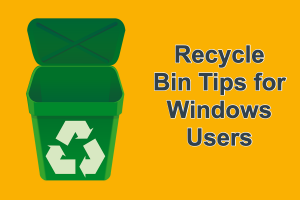 Recycle Bin is one of the default item available on[...]