RPM Vs CPM – The Difference in Advertising

There are many terms used in the world of advertising and understanding the important terms help to understand the performance reports of the advertisements. RPM and CPM are two such frequently used terms for publishers and advertisers. In this article we will discuss what is RPM / CPM, types of RPM / CPM and the formula for calculating them. The explanations are based on the popular advertising programs AdSense for publishers and AdWords for advertisers.

Here is a summary of what does RPM and CPM means in advertising.

There are different aspects of calculating RPM for different properties. Generally RPM is used in performance reports for the following four cases:

Below is the AdSense performance report with custom metrics showing all types of RPM:

Page RPM or page revenue per 1000 impressions is the estimated earnings generated by a web page displaying AdSense ads for every 1000 page views.

For example, page RPM of web page with an estimated earnings of $100 for 10,000 page views is $10. This is used as a reporting metric in AdSense to indicate how much a publisher will earn for 1000 page views. Page RPM is generally referred as RPM.

An individual ad RPM is calculated by dividing the estimated earnings by number of ad impressions and multiplying by 1000.

Simply calculating page RPM may not be sufficient since Google allows to place more than one ad on an AdSense publisher’s web page. In such scenarios where more than one ads are placed on a page, ad RPM can be used for individual ads as a performance metric in reporting.

Ad request RPM is the estimated earnings of an AdSense publisher for thousand number of ad requests.

CPM stands for Cost Per Mille is the amount an advertiser will pay when 1000 impressions of his ad is being accrued on an AdSense publisher’s website. Mille in Latin is equal to 1000, it is also referred as Cost Per Thousand Impressions.

Let us take an example of an ad on a page accrues 10,000 impressions on a day and the advertiser had chosen to pay $1 for thousand impressions in his AdWords campaign.

eCPM stands for effective cost per thousand impressions and is used as a performance metric to evaluate AdSense publisher’s revenue. eCPM is calculated by multiplying CPC, CTR with thousand.

For example, if an advertiser pays $1 for a click for a banner ad and the ad received 2000 impressions per week then eCPM is calculated as below:

It may look the CPM amount paid by the advertiser is the RPM amount received by the publisher. But in reality this can’t be the case as many other factors influence the RPM for publishers. For example, when you display an AdSense ad, Google displays the best CPC / CPM ad each time based on auction. This will result in showing different ads from different advertisers on the same ad space. Thus the RPM amount for thousand impressions is the average of multiple ads and have no direct relation with CPM from a single advertiser. Also the estimated earnings shown in the AdSense account is the amount after Google deducts the revenue sharing portion.

In summary, CPM is the direct parameter for advertisers to measure the advertising campaign. But RPM is only the reporting term to give an idea of how much a publisher can earn for thousand impressions.

Once upon a time Google paid their AdSense publishers only[...] 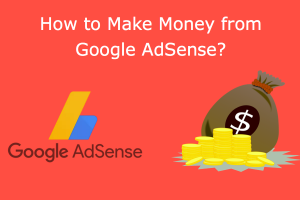 How to Make Money from Google AdSense?

How to Make Money from Google AdSense?

Google AdSense is a free program offered by Google for[...] 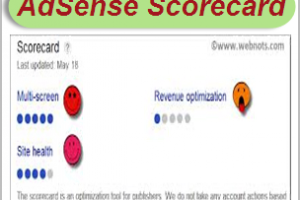 Optimizing your AdSense ads is an important factor to increase[...]