Guide to Registry Editor in Windows

There are many reasons for you to access Registry Editor to delete or modify the entries.

However, making changes to the registry requires you to be conversant with the registry. In order to avoid any unexpected results, ensure you create a backup of your computer before making changes. You can also backup registry entries and restore if something goes wrong.

In case you are new to the registry, accessing might be difficult since it does not have a direct application shortcut icon. You can try creating a shortcut on your desktop later on if you need frequent quick access.

In this article, we further explain the hives, keys, subkeys and values/entries you encounter when using Registry Editor in Windows. Understanding these terms will help you to modify and fix the registry when you encounter system issues, perform basic management tasks, create the registry’s backup, and conduct the registry restore. Here is a brief description of the components of the registry and its purpose.

The Registry Editor is tiered into three categories; keys, subkeys, and values. When running a command on your computer, your system refers to the registry editor keys for the required data. When installing or uninstalling software, the operating system has to refer to the registry for the data stored to execute the command.

Also known as the primary divisions of the registry or Hive emanate from the tree, that is the computer, and the folder icon denotes it. The subtrees have keys that are further subdivided into subkeys and values. For instance, the computer is divided into five subtrees that can be subdivided up to 512 levels. However, the subtree does not have entries but subkeys that contain values or entries.

After subtrees, next is the keys. Keys can be broken down further to subkeys and, finally, the entries. However, some keys don’t have subkeys, but entries are associated with specific system data.

Just like there is a subfolder on a folder, a subkey is from a key. Entries or values are stored in the subkeys. Also, you might get a further broken down subkey with multiple subkeys.

Values appear on the right-hand side of the screen. Entries are the least level elements of the registry and contain data regarding the keys or the registry. The entries contain data in the form of an entry name, data forms in the registry, and the value registry entry field. Unlike the subtrees, keys and subkeys, entries store information/data for the programs and operating system.

Besides the descriptions of the subtree and the related keys, you can differentiate them visually and their purpose. Most of the descriptions given are based on the entries rather than the keys.

No wonder there is no direct access link as Windows Registry Editor is not meant for general Windows user. Though making changes to the registry might fix some problems, wrongly doing it will affect the operation of your computer. Therefore, make changes you are aware of and ensure you create a backup before making the changes. 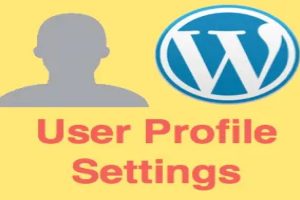 Are you wondering why your Classic post editor doesn’t have[...] 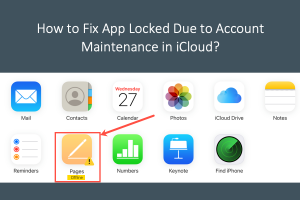 How to Fix App Locked Due to Account Maintenance in iCloud?

How to Fix App Locked Due to Account Maintenance in iCloud?

iCloud (and now iCloud+) is the cloud storage space from[...] 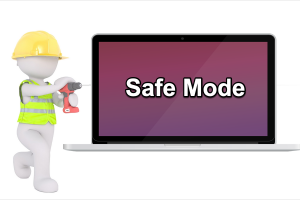 How to Boot Your Mac in Safe Mode?

Over period you might have installed lot of third-party apps[...]