When you plan to buy a Windows based laptop or PC, you need to consider various factors like price and configuration. Besides those general factors, one of the most confusing point is to buy a 32-bit version or 64-bit version. This is challenging, because many of us don’t know the exact differences between these two system type versions. At this point, generally people use 64-bit version to support latest apps. However, you may need to manually choose the option of 32-bit or 64-bit when you install Windows. In this article, let us explore the basics of Windows 32-bit and 64-bit versions.

Related: How to reset local administrator password in Windows 10?

Basic first!!! Computer only knows binary machine language which is nothing but 0 and 1. It stores data and measures the storage with different sizes. A bit is a small segment of data generally representing a binary digit. The next size of data is byte consists of 8 bits. Computer needs multiple bits and bytes to store data and execute instructions.

First let us understand 32-bit and 64-bit processors before we go to Windows operating system.

2. Difference Between 32-bit and 64-bit Processors

A processor, also known as the brain of the computer, works with the circuits and the registers. It needs bytes cycle to process any form of data in the PC. the major difference between 32-bit and 64-bit processor lies in the processing capability.

A 32-bit processor can process 4 bytes of data during one cycle. It needs another cycle in order to process data greater than 4 bytes. Hence, the time consumed in processing data is more.

Sometimes, you can’t notice the speed difference between the two processors. However, when using large number of applications and multitasking, 32-bit processor will be compartively slower than it’s counterpart.

These days 32-bit processors are kind of less as compared to 64-bit versions. Everybody loves a great processor these days, and so does the operating systems.

Related: How to fix Wi-Fi connection issues in Windows 10?

3. Difference Between 32-bit and 64-bit Windows

Now that you understand the basic difference between the two types of processor. Let us look into the two system types of Windows operating system.

We don’t think that there is anything to worry about the RAM management in the 64-bit as its way better than 32-bit version.

There are some security improvements in 64-bit Windows version.

4. How to Check Windows Type on Your PC?

This is quite simple, and most of us probably know it either way. Those who do not know how to do this, follow the steps given below:

If you are not able to get the operating system type in the above manner then follow this instructions:

If you guys are installing Windows right now and you have a choice between 32-bit and 64-bit version, our recommendation would go for the 64-bit version of Windows. Previously, there were problems for drivers of 64-bit version programs, but nowadays, everyone is making applications for 64-bit Windows. So, we don’t think there would be any problem with that.

How to Add Favicons in Safari Tabs?

How to Enable Favicon in Safari macOS and iOS?

Favicon is the small site icon shown on the browser’s[...] 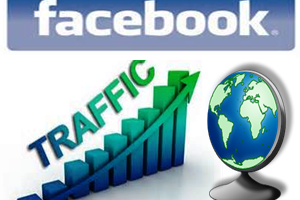 Facebook with more than a billion active users is the[...] 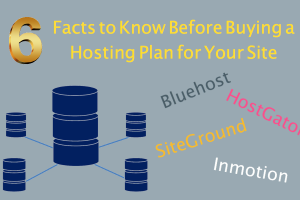 Launching a new site or migrating to new host, here are the 6 facts you should know before buying a hosting plan to avoid later frustration.