Gone are the days you have to carry wallet for keeping your currency. Nowadays, digital payments are common through mobile apps. Cryptocurrency is one of the popular alternatives for the physical currency we are primarily using now. Though may countries do not legally allow using cryptocurrencies at this moment, it will guarantee become a standard soon or later.  In this article, let us explore more on what is cryptocurrency and basic properties.

Cryptocurrency is not an isolated invention, it stems from a radical innovation of Satoshi Nakamoto. He first invented the Bitcoin, one of the most popular cryptocurrencies at this point of time. It was not his intention to create a new currency. He simply wanted to develop a peer-to-peer electronic cash system where double spending of the same money would be impossible. It needs a system with no server or central authority and completely decentralized.

Note: Satoshi Nakamoto is not a real person with identity. There is no evidence, it is an individual person or group of people.

In order to use money digitally, it is important to have a payment network with balances, accounts and transactions. A major problem that current payment networks have is the avoidance of double spending. Currently, a server or central authority such as bank does this and monitors the balance sheets.

In a decentralized network such as the Bitcoin, a server or authority does not exist and therefore each participant must take on this task. Each ‘peer’ (participant) in the network has a list of all transactions that are made and checks whether the future transactions are valid or are an attempt to double spend. If the peers of the network can not agree on a balance, then the whole transaction will not take place, even if it concerns a small detail. There must be absolute agreement for a transaction to happen.

Here is how a transaction will happen in the peer to peer system. Peer 1 gives an x number of Bitcoin to peer 2. This transaction is signed by peer1’s private key. After the signing, the transaction is included in the peer-to-peer network. The entire network knows almost immediately that the transaction was made, but it takes a while before it is actually approved / confirmed. The approval is the most important part and it can be said that cryptocurrency is all about approval. As long as this is not the case, the transaction will always remain pending. Once an agreement has been given, it will be included in the overview of historical transactions and can not be reversed. We also call this overview of historical transactions as the blockchain.

Only miners can approve transactions. This is their task within the cryptocurrency network. They deal with transactions, label them as legitimate and distribute them in the network. After the approval each node will add it to its database as it has become part of the blockchain. Every computer that is connected to the network is called a node. The miner receives a reward in the form of a token / proof of the cryptocurrency for his task.

The name cryptocurrency is used because the use of cryptography in the entire process for strong protection. It is not protected by people, but by pure mathematics. Therefore, the chances of affecting a Bitcoin transaction is remote. In order to understand things better, we can classify the properties of cryptocurrency into transaction and monetary properties.

Unlike traditional currency transactions that you can cancel after completion, you can’t cancel or return a cryptocurrency transaction after the approval. Therefore, you should check the address with at most care before sending a cryptocurrency payment. It is also important to protect your wallet against hackers. There will be no option to get the money if a hacker transferred your money to his / her account.

It is important to understand both transactions and accounts in cryptocurrency world are not related to any identity of a company or person. You will receive coins at your own randomly assigned address consisting about 30 characters. It is thus possible to analyze the transactions of addresses back and forth, but it is not possible to see between which identities they are made.

You may need to wait for many days to complete an international bank transaction. However, all crypto transactions are immediately included in the network and within few minutes after the approval. Since it is included in a global network of computers, no one is aware of where the transaction comes from the world. It does not matter in terms of speed whether you send a coin to your local city or to an international location.

Most of the currently available cryptocurrencies limit the supply of coins and tokens. For example, the number of Bitcoins released will decreases over time. Probably, the last coin mining will happen around 2140. Though there is a limit of the coins issued, a planning of this issue is written in the code of the currency. This means you can already reasonably estimate the supply of the tokens for the future.

Putting all the above properties together, a cryptocurrency system should meet the following criteria:

Here are some of the most popular cryptocurrencies in the world.

As per Wikipedia, below is the market capitalization of the popular cryptocurrencies as of 2018.

After the introduction of Bitcoin in 2009, there are many cryptocurrencies started rolling around the world. However, many countries do not allow the legal use of them. We expect this can take many years to slowly replace the current financial system. If that ever happen, the financial world will look completely different. 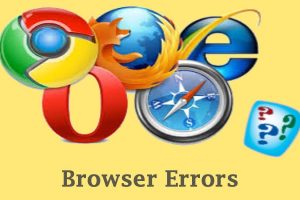 Browser Errors You Should Know

When a site is accessed through a browser like Chrome,[...] 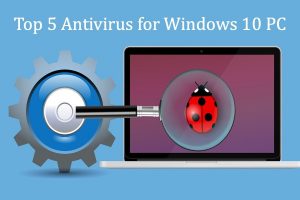 Windows 10 is one of the major targets for cybercriminals[...] 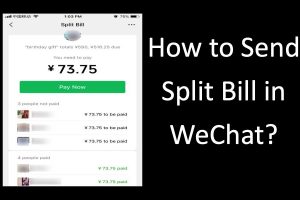 How to Send Split Bill in WeChat?

How to Send Split Bill Request in WeChat?

Daily more than billion people uses WeChat app all over[...]