Home » Tech Tips » Windows » How to Use VPN in Windows Computer?

How to Use VPN in Windows Computer?

Updated on May 28, 2021 Posted by Editorial Staff Tech Tips, Windows No Comments

VPNs are secure private networks that allow high safety standards for Internet communication. They are typically used by companies to ensure safe employee access to a corporate office via encrypted communication channels. For individual users, this is a means to securely access Internet bypassing regional blocks.

Working Principle And Utility Of VPNs

VPNs create dedicated safe communication channels using the infrastructure and bypass the services provided by your ISP. VPN encodes all the data traffic occurring through these channels using strong encryption protocols. This makes it very hard for other parties like hackers, government spying agencies and ISP to intercept and decrypt the information.

In addition, these communication channels pass through a dedicated VPN server before reaching the Internet. This allows a member of the VPN network to adopt the IP address of the server, replacing the user’s own IP address online. It also enables online privacy as no website sees the real IP address and consequently, the information that can be derived from it, including the geographic location and ISP provider. Below is a pictorial representation of how a VPN works with an image from Ohio State University cybersecurity page.

A direct implication of using VPN servers is the ability to appear online as a resident of a number of countries worldwide. Thus, many VPN providers offer a vast choice of VPN servers located in different countries. Users can reroute the traffic through different server or pick up the server manually nearer to the desired location. Choosing such a VPN server from a specific country makes the user adopt the local IP as well, alleviating most country specific geographic bans for various kinds of online media.

The Built-In VPN In Windows 10

Like some previous versions of Windows, Windows 10 has incorporated VPN capabilities. Thus, it can use one of a few pre-set protocols to function as a VPN server. However, it should be noted that there are a few drawbacks (including security-related) and the setup process is significantly more complicated as compared to dedicated VPN software, typically requiring some experience and digital competence from the user’s part.

Thus, you’ll likely need to forward ports from your router and to expose Windows and one of the ports directly to the Internet (this can compromise your security). Besides, the features offered by the built in Microsoft VPN client are far less diverse and comprehensive as those offered by top VPN providers on the market. The protocols typically supported are:

To create a VPN server in the latest version of Windows, one has to find the “Network Connections”, to start the creation of a “New Incoming Connection”, to pick the user account that is to be connected remotely, and then the option to establish a connection “Through the Internet”. Ultimately, one has to decide whether to allow access for printers and files or not and to click the “Allow access” button. Later, remote Internet connections to the created server can be established (which would require setting the appropriate port forwarding rules).

How to Choose a Suitable VPN Service?

In our earlier article, we have explained top 10 VPN services for Windows and Mac and the features each of them offers. You can choose the appropriate VPN provider based on a detailed understanding and an assessment of the relevance of each particular feature. Following are some of the features to pay attention among other typical features:

One of the best protocols in terms of security is OpenVPN which is also one of the most popular and widely adopted. Besides, depending on the user’s needs it might be relevant if the provider supports other protocols as well. For instance with less secure but faster protocols for streaming lots of videos.

Ideally, the VPN server should record as little information about the user as possible because there is always the risk this information could be hacked, leaked, or obtained by government agencies by coercion.

Obviously, some countries are more valuable than others with regard to the wealth of local content they can offer. Thus, a good number of servers must be available in countries like USA, European Countries, Japan, to ensure reliable streaming from local websites. At the same time, the diversity of countries covered is also worth considering. You can check premium services like ExpressVPN or NordVPN to select the best in this category.

Features such as “kill switch” automatically drops the VPN connection in case of overloaded VPN server. However it will block the network connection thus preventing the revealing of physical IP address of the client.

Consider other aspects like the pricing scheme, the types of subscription available, free trials offered, etc.

To conclude, VPNs come with lots of benefits for online privacy and security both for companies and individuals. To benefit from these on Windows 10, it is possible to use the built in Microsoft VPN client. However it is much easier to choose one of the VPN providers on the market. Not only do these come with much more comprehensive security but also offer other types of features. They are also much more straightforward to use, requiring no additional infrastructure or advanced technical knowledge from the user. 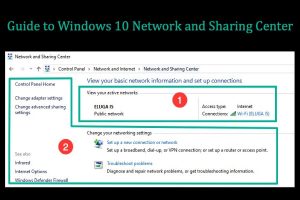 The Network and Sharing Centre is one of the most[...] 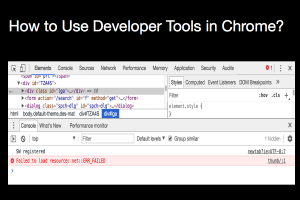 How to Use Developer Tools in Chrome?

How to Use Developer Tools in Chrome?

Web browsers has two sides of usage. One side by[...] 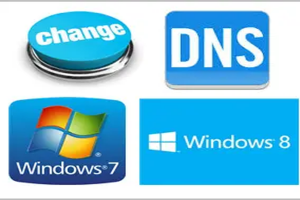 How to Change DNS Servers IP in Windows 11 and 10?

Domain Name System or DNS is the backbone of internet.[...]