3 Free iOS and Android VPN Apps that Works in China

When you live in China you will find it’s a funny tug of war between the VPN companies and the Chinese government. On one hand the government has a dedicated force to block global sites like Google and Facebook. But on other hand VPN companies will popup like mushrooms allow you to unblock those global sites. If you are planning for a long term trip then it is mandatory to purchase a VPN service. Those who travel for short business or personal trips can look for free VPN apps for short term use. Here are three such free VPN apps that works in Android and iOS, so you can try it on your Android phone, iPhone and iPad.

Surprisingly these free apps will work just like that, when paid VPN services like ExpressVPN and VyprVPN fails to connect. So, even you have premium service you will definitely need one of these free apps for emergency connection.

At this point of time, Star VPN is the only app that connects successfully for the past 3+ years. It is a free service in Android offering unlimited bandwidth with limited server options. The app is available with 7 days free trial version in iOS App Store. You can purchase the premium yearly plan for a nominal fee of $2.99 per month to get additional servers.

The problem is that this app is not available in Chinese Apple Store and you can’t access the site in China. This means, you should install the app before you arrive in China or switch the app store country to get the app on your phone. The VIP connection will cost you $2.99 per month which you can test before purchasing.

Hotspot Shield VPN is developed by a California based company called AnchorFree. It is a private venture-backed company funded by Goldman Sachs and few other popular investors.

Hotspot Shield is one of the popular free VPN apps and the developer claims 650 million users are using the mobile apps on Android and iOS devices. The only confusion is it has two apps on Android for basic and premium version, however only one version is available with in-app purchases on iOS App Store.

Caution – Use At Your Own Risk

Chinese government formally made an announcement in Jan 2017 that all VPN companies should get prior approval for offering services in China. This made most of the foreign VPN services as illegal. At this point of time PPTP and L2TP tunnel connections are completely blocked by ISPs in China. As already mentioned, on July 2017 Apple removed all foreign VPN services from Chinese App Store including the premium ones like ExpressVPN. And all Google products are blocked in China from 2010. So you should connect to some other country’s App Store in order to download one of the above mentioned apps.

Also, remember none of the VPN services in China will work on all platforms like Windows, Mac, Android and iOS. So you need to have multiple services to check which one connects at that point of time. We have used all these three free VPN apps time to time and they all have good customer ratings. But the working SGreen VPN app does not even have proper developer information. So, you never know the guys behind these apps and the objective. Use these apps at your own risk or purchase a premium VPN services like, VpyrVPN or ExpressVPN before you reach China even for a short term visit. Though the outside apps are removed they will still work on your devices. 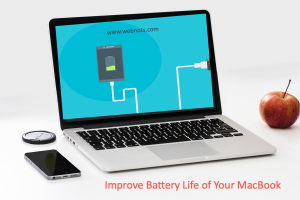 Improve Battery Life of Your MacBook

10 Ways to Improve Battery Life of Your MacBook

Apple claims the MacBook models with M1/M2 silicon chip can[...] 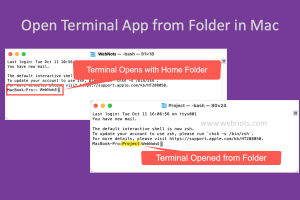 How to Open Terminal App from a Folder in Mac?

Terminal app is the command line interface in Mac for[...] 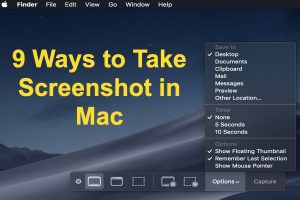 9 Ways to Take Screenshot in Mac

9 Ways to Take Screenshot in Mac

A picture can say thousand words. That’s a good reason,[...]