China is different – this is the first thing you will understand when you are landing in China as an expat. Most of the global websites are blocked by great firewall of China and the equivalent local counterparts are given more importance. Though this leaves the fair competition out of scope, there should be always a push for local companies so that they can innovate and improve. Here are the top 10 popular global sites blocked in China, prepare well with VPN if you are traveling to China.

China Telecom, China Unicom and China Mobile are the three major telecom companies offering internet services throughout China. Though there could be a little variation in accessing some site on different networks, all companies strictly follow the internet censorship program from the government. Sometimes the sites are unblocked for certain period of time before getting blocked again. Also few sites can be opened in commercial networks like office networks but the blocking is severe in general in all home networks.

Remember, the blocking is on mainland China. You probably can access these sites from Taiwan, Hong Kong and Macau.

How to Know Whether Site is Blocked?

When you are in China, simply open the site in the browser or access the app in your phone. You will get the message like below indicating timeout error without any response. This is an indication that ISP blocks the website.

On mobile apps like Gmail / Facebook and news apps, you will never connect to the server and hence will not get any latest updates.

It is also very common in China that the websites are temporarily blocked. For example, Wikipedia is entirely blocked when we write this article on April 2019. This was the same situation with Bing being blocked few months back. So, it is also up to the government to monitor and block the sites if they find any improper content.

Some sites and apps are also partially blocked. For example, WhatsApp messages will work only for the text content. Images and video content on WhatsApp are blocked and also you will get delayed response with text.

Below is a list of popular sites blocked in China. In summary, all Google and social sharing apps are blocked.

The above list is very big and growing with many websites are blocked permanently or partially on continuously. However, below are top 10 global sites that many expats need to use in China for professional as well as personal purposes. If you are planning to stay in China for long term then try to use the alternate options we have mentioned. Otherwise purchase a premium VPN services like ExpressVPN or VyprVPN.

The largest search engine provider unfortunately had a quarrelling time with Chinese government during 2010. As a result the global search engine was blocked intermittently and the local search engine Baidu was pushed up. Later Google was permanently blocked by all ISPs in China leaving the options of Bing, Yahoo! and Baidu. Other Google services like APIs, script libraries, Gmail, Google Maps, Google+, etc. are also completely blocked in mainland China.

Related: How to connect VPN in Windows 10?

Facebook the largest social network in the world is simply inaccessible in mainland China. The efforts from Mark Zuckerberg in October 2015 to impress the Chinese president Xi Jinping by talking in Mandarin had no positive impact. In fact it was reported that Xi Jinping rejected to name the unborn child of Mark Zuckerberg’s Chinese wife Priscilla Chan.

The micro blogging platform has no luck in getting a Chinese entry card. China has its own version of micro blogging called Sina. The micro blogging and messaging services had a revolution in China with the introduction WeChat (Wēixìn in Pinyin) in 2011. WeChat has an active 700+ million of users and foreigners can’t live without WeChat in China.

The largest video hosting website in the world is no exception to pass Chinese great firewall. If you are habituated to see online videos then you should arrive at China with a VPN connection. But video streaming may not work even with VPN as the Internet speed will be very low in China.

It’s a good opportunity to quit the addictive TV serial watching habit at least when you are in China. Netflix, one of the largest premium video hosting site for TV serials and movies is simply don’t offer the service in China.

The free blogging platform is blocked in China due to the reason that it may trigger social activity outside the country. If you are a professional blogger then its time to move to self-hosted WordPress.org version by paying for hosting.

Blogger, one of the largest social blogging platform is also blocked as every Google services are blocked. You can’t open any blogspot.com websites in mainland China. If you run blogs on Blogger then option is to use VPN or migrate to any other platform accessible in China.

Though some of the Tumblr blogs are accessible, the site is blocked throughout the country in general. The reason could due to high level of pornography content in Tumblr blogs and potential social networking possibilities outside the country.

Its a pity that Pinterest is not blocked but Instagram the mobile photo sharing service is blocked. The 300 million user base company has no entry card probably due to the parent company Facebook is also blocked.

The popular image hosting company is blocked though the parent company Yahoo! is accessible.

Websites like Microsoft, Apple and LinkedIn are available which is a good thing for expats. Amazon, Ebay and many other ecommerce sites have their own Chinese version to run business in China. This might be helpful for foreigners if some Chinese colleague help in searching and ordering. Otherwise VPN is the only way to access blocked sites but VPN services also blocked and unblocked making difficult to access the global sites. Especially all VPN services will be completely blocked whenever the political meetings are hosted. In summary, the great firewall of China is very strong and controlled by government, so be prepared and try to enjoy the local facilities instead of always trying to rely on global sites.

There are many VPN companies offer services for accessing blocked websites in China. The sad part is that none of the VPN websites and apps can be accessed in China. Popular companies like ExpressVPN offers mirror site to purchase the premium plan. However, you should get the mobile apps from other country app stores. You can checkout our article on comparing of top 10 VPN apps in China. Here we provide a simple comparison of the top two popular services – ExpressVPN and VyprVPN. You can purchase one of the services and freely access blocked websites in China. 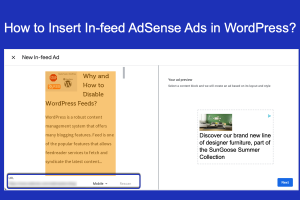 How to Insert In-feed AdSense Ads in WordPress?

How to Insert AdSense In-feed Ads in WordPress?

WordPress automatically creates many pages with list of blog posts.[...] 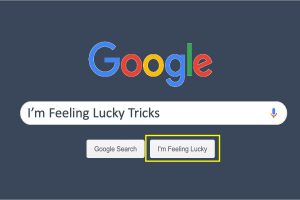 I am Feeling Lucky Tricks for Google Search 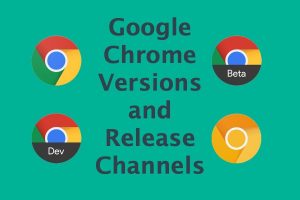 What are Different Chrome Versions and Release Channels?

Google Chrome is currently the most widely used web browser[...]