The presence of these two command shells can be confusing for most of the Windows users. Interestingly, the PowerShell and Command Prompt have similar appearance and most of their commands are just the same. This article aims to draw a clear line between the two tools, as well as discuss which overrides the other.

What is Windows Command Prompt?

Windows Command Prompt (or shortly cmd) is command shell based on the 1980 MS-DOS operating system. It has been present in Microsoft OS starting with Windows NT onwards. It is simply a Win32 application that helps users to interact with the operating system using text-based instructions (commands) and parameters.

Users rely on CMD capability for interacting with all other Win32 objects and applications. It helps to complete various tasks in Windows like:

Though widely used to perform the above and more tasks, Command Prompt interface has certain limitations.

What is Windows PowerShell?

The Windows PowerShell is both a command shell and a scripting language that offers deeper integration with Windows OS. It is based on Microsoft’s .Net framework, enabling access to various pre-existing tools and functions. You can create better commands and complex scripts effortlessly using PowerShell.

Over and above executing tasks similar to Command Prompt, the PowerShell enables users and system administrators to do the followings.

You can access the Command Prompt in the following ways:

Use one of the below options to open Windows PowerShell.

When you right click on Start button or press “Win + X” keys Windows will either show Command Prompt or Windows PowerShell related options. You can change the settings to choose which option you want to show in the menu.

Comparison between PowerShell and Command Prompt

Though you can do most of the Command Prompt functions on Windows PowerShell, they are not the same. Here are some of the differences between the two interfaces.

Related: What is drivers in Windows and how to troubleshoot driver issues?

PowerShell or Command Prompt, Which is the Way Forward?

If you only rely on Cmd to execute basic commands such as sfc, ipconfig and the like, it is still a convenient tool. For system admins and power users, who need to run complex tasks or managing remote systems, then PowerShell is the way to go. It saves time for system administrators by allowing access to deeper system task automation. However, it is advisable for Windows users to start familiarizing with the latter, especially after Microsoft made the default shell for Windows 10. Besides, PowerShell is superior to the old Cmd as it provides all the Cmd capabilities and more. 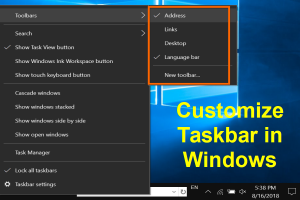 Windows has some traditional features carried over for many years.[...] 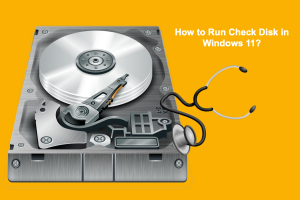 How to Run Check Disk in Windows 11?

What is CHKDSK and How to Use it in Windows 11?

Windows offers many commands and utilities to keep your computer[...] 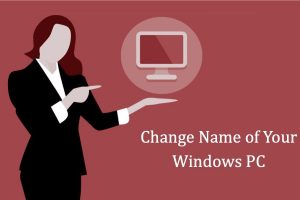 Change Name of Your Windows PC

Windows 10 comes with many great features that improve user[...]