Windows 11 provides completely a different user experience than previous versions. The major difference is the touch user interface which can also be controlled using a mouse. In addition to various features, there are many shortcuts available in Windows to improve the productivity. Primarily, you can use one of the modifier keys like alt, control and shift keys for shortcuts. However, the Windows Logo key (key with Windows logo or simply Win key on your keyboard) also has many hidden shortcuts. In this article, let us explain the list of Win key shortcuts available in Windows 11.

Before going to the shortcuts, let us check out the history details of the Windows key. On a standard Microsoft keyboard layout, you can view the Windows key with the Windows operating system symbol as shown below:

Microsoft first introduced this key Microsoft Natural Keyboard during 1994. Initially, this key had different names like Windows key, start key, logo key, flag key, super key, command key or home key. Also, the keyboard has two Windows keys during initial days along with a menu key. This practice changed the number of keys on the keyboard from 101/102 to 103/104.

Here is a complete list of Windows key shortcuts in Windows 11.

Some of the above shortcuts are really useful to save you lot of time. Here we explain few example usages of Windows key.

You can use Windows key along with number keys to open applications from the taskbar. For example, “Win + 1” will the first icon from the taskbar in Windows 10 which is Internet Explorer in the below screenshot.

This shortcut works differently in Windows 11 as the taskbar contains default Microsoft apps like Start Menu, Search, Desktops, Widgets and Chat. In this case, when you press “Win + 1”, it will open the first custom aplication in the taaskbar by ignoring the default apps.

Emoji keyboard will help you to quickly insert emoticons and smileys in Outlook, Word, PowerPoint and other Windows applications. Press “Win and ;” keys or “Win and .” keys to open emoji keyboard. You can find symbols by typing the name like “hand” to filter the results. This emoji keyboard was introduced in Windows 10 and primarily used to insert emoij and other symbols.

In Windows 11, emoji keyboard has been enhanced to show GIF images and various categories of symbols. You can also use the search box to easily filter relevant symbols.

There is also an easy way to reveal quickly used Win key shortcuts as a guide with a keyboard shortcut. Go to Microsoft Store and install PowerToys app. Open the app and go to “Shortcuts Guide” tab from the left sidebar. Turn on the switch against “Enable Shortcut Guide” option to enable the Win key shortcuts guide on your computer.

When you are using any app, simply use the activation method (Win + Shift + / or hold Win key for set duration). This will open Windows key shortcuts guide as an overlay in a full screen. You can find the Windows key shortcuts and use instantly to navigate. For example, press “Win + A” to open Action Center or press “Win + ,” to temporarily peek at the desktop screen. If you do not wish to use any shortcut press escape key to quit the shortcuts guide. 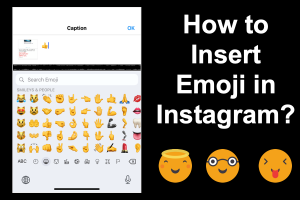 Instagram is the most popular social media platform for mobile[...] 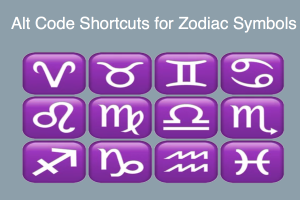 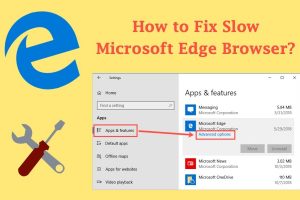 How To Fix Slow Microsoft Edge?

More than 80% of the people use Microsoft Windows operating[...]