Home » Tech Tips » iPhone » How to Use Siri Shortcuts in iPhone?

How to Use Siri Shortcuts in iPhone?

Apple with every new iOS update finds new ways to make Siri even more useful and resourceful. With the latest update, users are now able to create and customize their own shortcuts even with third-party apps. For example, scanning the barcode of a product in a shop which enables you to check for them on Amazon, Walmart and other stores that support the function. In order to make use of the shortcut function your iPhone must be running the iOS version later than 12.

So in this guide, we have written in-depth about how to effectively utilize Siri shortcuts and maximize your productivity everyday.

Siri is the AI assistant for Apple devices and is controlled by voice activation. The phrase “Hey Siri” activates Siri and opens the dialogue box for you to speak the command you want Siri to carry out. Siri first debuted on the Apple platform in 2011, since then it has been fitted with so many cool features and actions making Siri a very powerful and useful assistant.

So you want to begin setting your own shortcuts but you don’t know where to start? Go over to Siri and search and start creating your shortcuts right away. Siri shortcuts give you the flexibility to create and personalize your own shortcut and activation phrase and you can set as many as you want. The important thing is to set a phrase you can remember any time you need to. Siri would have some suggestions for you based on the usage of iPhone.

How to Setup Siri Shortcuts in iPhone?

You can set up your own personalized shortcuts for Siri. These shortcuts enable you to perform actions quicker and can be activated by a special pre-recorded phrase. To add a shortcut:

Now that, you can anytime use the “open alarm” to Siri to directly open the clock app. Also, you can edit the Siri shortcut anytime to change the phrase.

Setting Up Shortcuts with Third-Party Apps

The steps we outlined above only show how to set up a shortcut in Siri. As we said earlier in this guide third party apps have been given access to Siri shortcuts functionalities. Here, we would show you how to add Twitter to your shortcuts since Twitter app supports shortcuts.

Related: How to use emoji shortcuts in Android phone?

In order to properly utilize the shortcut you have added, say the pre-recorded phrase you saved to activate your shortcut. For example, if you saved the phrase “call a cab” (as a shortcut for your Uber app), you just have to say “Hey Siri, call a Cab”

The “Hey Siri” is to ensure that Siri is listening so it can carry out the command and call a cab through your Uber app. This is the simple way you run your shortcut commands on Siri. So as long as you remember your pre-recorded activation phrase using Siri shortcuts would be easy as pie. Remember, you should enable “Listen for “Hey Siri”” option under “Siri & Search” settings.

Deleting or Editing a Shortcut

The same way you can add shortcuts, you can delete them as well. If you get tired of a particular shortcut you can delete it by following these steps:

Siri shortcuts is a great and dynamic way to interact with your iPhone. Using Siri to navigate your phone, call a cab, make a new tweet or fetch your travel plans are just some of the possibilities that using shortcuts offer you. Apple through Siri has made it possible for you to make your everyday tasks simpler by just adding shortcuts. 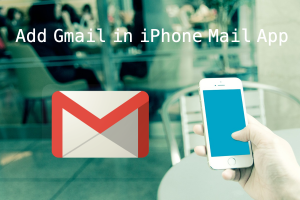 How to Add Gmail Account in iPhone Mail App?

Gmail is one of the popular free email service from[...] 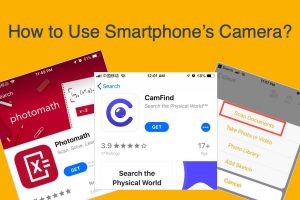 How to Use Smartphones Camera?

7 Hidden Functions of Smartphone Camera You Should Know 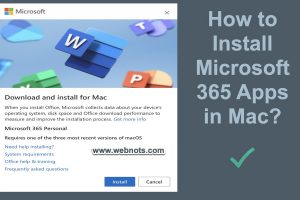 How to Install Microsoft 365 Apps in Mac?

How to Install Microsoft 365 Apps in Mac?

Apple’s MacBook laptops and iMac desktop models use macOS. It[...]