How to Type Prime Symbols with Keyboard?

Prime symbols are units of measurements used to measure length and angle in mathematics. However, many people use prime symbols as punctuation symbols instead of apostrophe and quotation marks which is incorrect. Though there are no keys available to type prime symbols, you can type different prime symbols using alt code shortcuts in Windows and Mac.

Below are the keyboard shortcuts for typing prime symbols in Windows and Mac.

How to Type Prime Symbols?

You can use the alt code shortcuts in Windows laptop and desktop computers having a separate number pad on the keyboard. First, turn on the numeric lock on your keyboard. Hold the alt key and type the numbers from the number pad. For example, alt + 8242 will make single prime symbol.

2. How to typing prime symbols in Mac? 3. How to make prime symbols in HTML and CSS?

Prime as Unit of Measurements

Below are the examples of using the symbols in HTML paragraph and span elements.

Below is the code example to use the symbols in CSS. 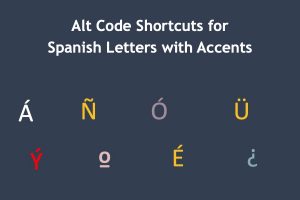 In our earlier articles we have provided shortcuts for German[...] 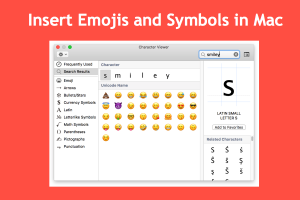 Insert Emojis and Symbols in Mac

How to Insert Emojis and Symbols in Mac?

Emojis are the small icons used to show your expressions[...] 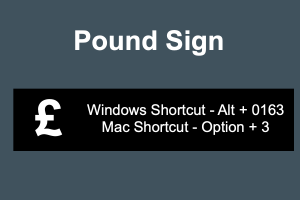 Pound Sterling is the currency symbol of United Kingdom written[...]