Cent is a currency symbol representing 1/100 of a unit, for example 1USD = 100¢. It is also called by other names like penny or centavo with similar monetary value. Cent sign is written in different ways like a stroke on letter c. However, here we will explain how to type proper cent sign using keyboard shortcuts.

Cent sign is part of Unicode character set which is a standard for typing text characters. You can use the Unicode value with alt code shortcuts to insert this sign in Windows and Mac based documents.

On Windows computers, you can use one of the below methods to insert Cent sign.

Use decimal &# 162 ; or hex code &#x 00A2 ; or entity name & cent ; to insert the sign in HTML documents. Below is the example code for inserting cent symbol in HTML using decimal, hexadecimal and entity name.

Unicode also has another cent sign named “Fullwidth Cent Sign”. This is available under “Halfwidth and Fullwidth Forms” category to support double-byte Chinese, Japanese and Korean characters. You can insert this fullwidth cent sign using Alt + 65504 in Windows and Option + FFE0 in Mac.

If the keyboard shortcuts are not working, then you can try the symbols app in Windows and Mac.

You can use Character Map app to insert the symbol in Windows computers.

Similar to Windows, you can use Character Viewer app in Mac to insert cent sign.

It is also easy to insert cent sign in iOS and Android smartphones. 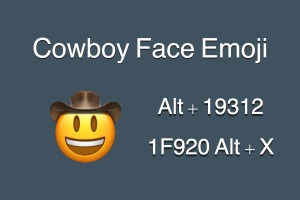 Unicode has more than 3000 emoji symbols and hundreds of[...] 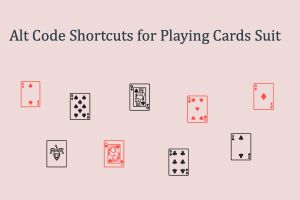 Playing cards is one of the most popular entertainment all[...] 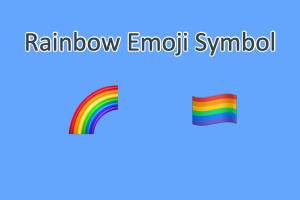 How to Make Rainbow Emoji Symbol with Keyboard?

In our earlier article, we have explained the color codes[...]