How to Type Award Medals Emoji with Keyboard?

Unicode has thousands of emoji symbols you can copy and paste on your documents. However, it is also easy to type the emoji symbols on Office applications like Outlook, Word, Excel or PowerPoint and other social applications like Facebook or Twitter. Award medals are part of “Activities” group in Unicode emoji list. Here we will explain how to type award medal emoji with keyboard in Windows and Mac.

Related: How to make body part emoji symbols with keyboard?

There are six award medal emoji as given in the below table.

There are different methods to type these symbols depending on the application and operating system you use.

In Windows applications like Microsoft Word and Outlook, you can use alt code shortcuts with the decimal code.

If your keyboard does not have separate number pad, then you can try this method. However, it will only work in Microsoft Word documents.

Sometimes you may need to use the award symbols frequently like preparing the chart in PowerPoint. Remembering the decimal codes for all the emoji symbols is a difficult task. In this case, you can easily insert award emoji using emoji panel in Windows 10 computers.

This works on all applications in Windows 10 computer.

Unfortunately, keyboard shortcuts for award emoji symbols will not work on Mac. You have to use Character Viewer to insert these emoji.

Follow the below instructions if you want to insert award medals emoji in HTML documents.

You can use the hexadecimal code like /1F949; along with pseudo selectors in CSS to insert these emoji symbols. Below is an example code of using 1st place award medal emoji with list element.

Related: How to make reference mark symbol with keyboard?

Below is how the award emoji medals will look like on popular platforms. You can insert the emoji using one of the above-mentioned methods. However, the display will vary based on the app or platform you use.

Though all award medals emoji appears in bright colors on Facebook and Twitter, Office applications will display them in grey scale. You can customize these black and white symbols with different colors to align with your content. Below is an example of a medal podium created in Word with table and award medals emoji.

Below is the image reference for award medals emoji shortcuts. You can right click and save the image for offline reference.

It is an old fashion to write everything using a[...] 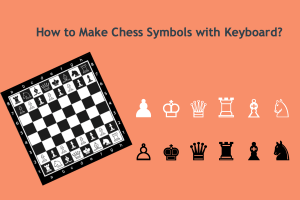 How to Type Chess Symbols?

How to Make Chess Symbols with Keyboard?

Chess is one of the oldest and popular indoor games[...] 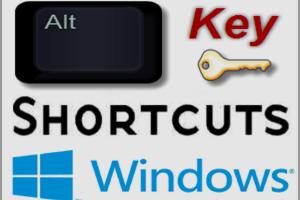