Split Screen in Windows 11 with Keyboard Shortcuts and Snap Windows

Microsoft release new Windows versions and updates packed with extensive features to improve your experience and software productivity. Multitasking is one of the important features for every computer user to work on different windows simultaneously. Earlier you could arrange windows from the taskbar context menu and then Windows 10 came with built-in feature to allow splitting of the screen using snap windows feature. This is further enhanced in Windows 11 to arrange windows with a visual interface and split up to four window sections. Here is a procedure on how to split screen in Windows 11 using the built-in multitasking feature.

When Split Screen is Useful?

Following are some of the situations you can use split screen to boost the productivity and multitasking.

You may be under using your ultra HD monitor or multiple monitors if you are not using split screen feature in Windows 11.

Snap windows feature helps to split your monitor screen to one of the predefined split screen layouts. It will show the layout options when you hover the mouse over maximize icon on the app windows. You can select the layout and arrange app windows to multitask on one or multiple screens. It is also possible to drag an app window to a corner or edge of the screen and split the screen. You can add up to four windows on your screen to avoid frequent navigations while working on multiple apps.

Note that this procedure is only applicable for Windows 11 and 10 users and not Windows 10X devices that are originally designed for split screen purposes only.

Follow this procedure to try out multitasking in Windows 11 using the snap windows feature.

The snap windows feature has the following options.

Windows enables all these features by default and you may see additional options in earlier Windows versions. However, you can check and enable only required options to make sure to use snap windows without disturbing your work.

Microsoft offers multiple ways to split the screen and arrange the apps.

If you still using Windows 10 or earlier version, then you can also arrange windows from taskbar context menu.

1. Using Snap Features with with Drag and Drop

After enabling snap windows features, you can split screen whenever you want to work with multiple apps.

Similarly, move an app window to the corner of the screen to split the screen area with four windows. You can select the app for each placeholder area and work with four app windows at the same time.

The latest Windows version also allows you to move the app to top edge for snapping. You will see a list of options and select the layout to arrange your apps.

2. Use Maximize Icon to Select Layout

Though dragging an app is easy way to split the screen, it can easily annoy you when you simply move the app with the need of splitting the screen. Unfortunately, to disable this you need to completely turn off snap windows option in “Multitasking” settings page. The alternate option is to turn on snap windows and use maximize icon option. Move the mouse cursor over maximize icon of any of the open app. Windows will show you four layouts for your to split the screen as shown below:

Click on the placeholder section in your preferred layout to move the current window to that section.

Now, you will see the remaining split sections along with open apps. Select the apps to place in the split screen and start working on multiple apps.

Another option for splitting your monitor screen is to use the taskbar context menu. Simply right click on the task bar and select one of the split screen options for arranging the open apps.

You will have the following options to select:

Though cascading and stacking are not like splitting, it helps to quickly arrange apps on the screen. Showing windows side by side will automatically arrange all open windows to fit on the screen. After using one of these options, you can right click on the taskbar to quit and go back to normal screen view.

Microsoft removed the taskbar context menu in Windows 11 and hence you can use this option in Windows 10 or earleir versions.

If you do not like the above options then you can try the traditional way of manually arranging the apps to split the screen.

The advantage of manually arranging apps is that you can adjust the size of different apps as per your need to utilize the screen. However, the problem is that the windows will be in the resized position whenever you open and you manually need to maximize the apps to bring back to normal view. In addition, you also need to disable snap windows feature so that manual resizing will work when you move the apps.

Above mentioned are default features in Windows 11/10 which you can use to make maximum use of your monitors. In addition, you can boost the productivity especially when you have bigger high-resolution monitor. If default Windows snap features are not sufficient, check out the third-party apps we have listed in a separate article. 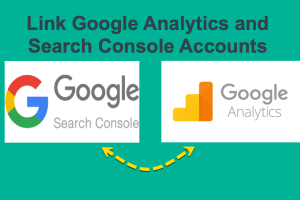 How to Link Google Analytics with Google Search Console? 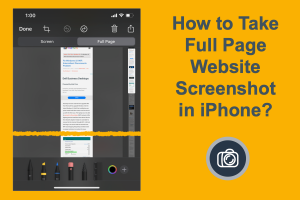 How to Take Full Page Website Screenshot in iPhone

How to Take Screenshot in iPhone?

Screen capture is one of the useful functions in smartphones.[...] 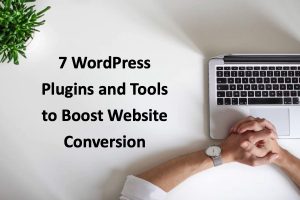 Anyone running a website knows the value of optimizing conversion[...]