How to Make Tilde Symbol with Keyboard?

Tilde symbol ~ is part of standard US English keyboard layout and combined with the back quote ` key. You can find this symbol on top left corner of the keyboard just below the escape key. Simply press “Shift + Tilde” keys to insert tilde symbol on your documents. However, many modern laptops and keyboard layouts do not include this key. If you frequently use tilde symbol, here is how you can make it with keyboard shortcuts. Since most of these keyboard shortcuts and options are generic in nature, you can use it in your documents, chat conversations and in any app.

Below is the overall summary of keyboard shortcuts to make tilde symbol:

You can use one of the below methods to insert tilde symbol in Windows computers.

Similar to Windows, you can use the following methods to insert tilde symbol in macOS documents like Pages and Keynote.

It is also easy to make tilde symbol in web documents by escape entities in HTML or CSS. To insert the symbol in HTML, use either decimal equivalent or hexadecimal code as given in the below format:

If you want to use CSS, then use the following code:

You can use any HTML tags instead of span and li used on the above examples.

The usage of tilde symbol varies depending upon the purpose. Here are some of the popular ways people use tilde symbol and other variations.

As mentioned above, you can use the alt code shortcuts in Windows while hex code can be used in Windows Word (in 02DC Alt + X format) and Mac applications (in option + 02DC format).

There are lot of tilde related symbols used for approximation purposes like ≈ and ≉. However, these symbols are named with “equal to” in mathematical context and not including tilde in their names. For example, double tilde symbol is used for approximation purposes like ≈10. However, this is named as “Almost Equal to” symbol in Unicode with the codepoint as U+8776. Similarly, double tilde with cross ≉ symbol means “Not Almost Equal to” which has the codepoint U+8777. You can check out the complete list of alt codes for mathematical symbols to get shortcuts for these symbols.

Smartphone keyboard layouts only include standard tilde symbol and for any other symbols as listed in the above table, the only option for you is to copy and paste. 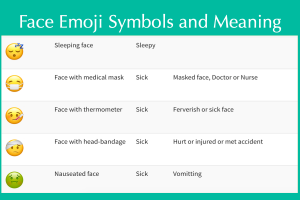 Emojis are there for 30 years and the smartphone apps[...] 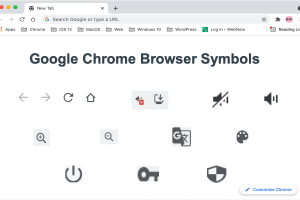 Whether on mobile or desktop devices, browsers are one of[...] 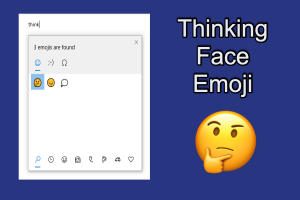 How to Type Thinking Face Emoji 🤔 with Keyboard?