How to Make Airplane Symbol with Keyboard?

There are hundreds of transportation symbols available that includes land, water and air transport. Airplane or aero plane is one of the popular emoji symbols used to indicate flying as well as airplane mode in smartphones. In addition, you can see the arriving and departing airplane symbols in airports. If you are looking for how to make different types of airplane symbol with keyboard, then here you go.

There are around 8 different airplane symbols you can use make with keyboard shortcut. Some of these airplane symbols are plain grayscale text while some are solid colorful emoji. You can insert them on your documents and chat conversations depending upon the need. Note, text airplane symbols are not supported on all applications. For example, you may see a square box in Chrome and other browsers, however, the symbol will look properly when you insert on documents.

Note: Though Seat emoji is not specifically related to airplanes, it is displayed as an airplane seat symbol.

The simple way to insert airplane symbols in Windows operating system is to use alt keys with the decimal code. However, you need to have a separate number pad for using this option.

This is another option to insert symbols in Windows based computers.

This is the best option to insert four of the listed airplane emoji symbols in Windows 11.

On Mac, you can use the Character Viewer app to insert airplane emoji symbols.

Note that default Mac apps do not text airplane symbols and only supports emoji.

Similar to desktop applications, you can also make airplane emoji in iPhone and Android smartphones. Though iPhone comes with default emoji keyboard, you need to install apps like Gboard in Android phones.

If you want to insert airplane symbols in HTML and CSS documents, then you can directly use the decimal and hexadecimal codes in different formats.

The advantage of text symbols is that you can apply colors and blend with your text. You can’t change the colors of solid emoji symbols and need to use as they look.

Below is the image containing all airplane related symbols with decimal and hexadecimal codes. You can right click on the image and save as to your computer for offline reference. 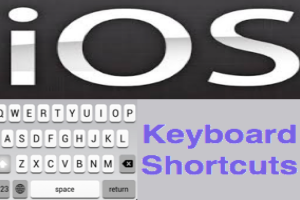 15 iPhone Keyboard Shortcuts [and Create Your Own]

Since the time Apple introduced iPhone, the basic keyboard appears[...] 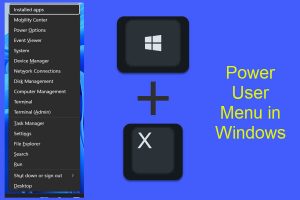 Use Power User Menu in Windows 11

Windows computer comes with lot of keyboard shortcuts. Especially the[...] 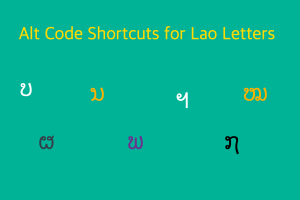 Lao is one of the official language spoken in Laos,[...]