How to Install Android Apps from APK File and App Store?

Installing apps is one of the daily routines for every smartphone user. Using app is a convenient way whether you want to read news, play games or check your emails. You can get instant notifications from these apps to keep you updated on your tasks. In this article, we will explain installing apps from app stores and manually on your Android device.

There are multiple ways to install apps on your Android phone.

Generally, the apps from the stores are trustworthy as they need to pass basic security checks for selling to customers. Installing apps from APK is a risk and can be a potential security threat for your phone.

Google Play store is a marketplace where developers sell various apps and games for Android smartphones. You can access the store using Google Play app which is preinstalled on most Android phone models. Installing apps from Google Play is the safest and fastest way to download apps on your phone. Open Google play on your Android phone and search for your desired app. Although most apps on Google Play are safe to install, it is still advised to avoid installing potentially suspicious apps.

Once you are satisfied with the app, press the “Install” button to start downloading the app on your phone. After the installation is completed, you can find the app from the home screen or in installed apps section and run it.

Most of the apps need permissions to access your phone’s features like microphone and camera. Make sure to understand what type of access you are allowing and whether they are needed for the app.

You can also install apps on your Android phone from Google Play using your computer.

It is also possible to lock apps with password or pattern in Android. Learn more on how to password protect apps to protect access to private apps on your phone.

3. Installing Apps from Other Stores

Google Play is not the only marketplace to install apps on Android device. Various other authentic app stores are also available and have a handsome variety of dedicated apps. For example, Amazon offers a dedicated Appstore for Android which you install and use like Google Play app. You can download games and use Amazon Coins to save money with in-app purchases.

There are also app stores available from mobile manufacturers. For example, the Android phones in China will have custom app store instead of Google Play as Google services are blocked in China.

Though app stores are the safer source, there are some situations when you cannot install apps from app stores.

In all such situations, you can download the source APK file of the app and save it to your phone’s memory. Android Package or APK file (comes with .apk file extension) is an Android installation file similar to .exe file on Windows PC. After downloading the .apk file, you can run the file to install the app on your Android phone.

Since you need to download APK files from third-party websites, they are not going through the security checks of Google Play store. So, make sure the APK file comes from a trustworthy source to avoid virus and malware. By default, Android will not allow installing apps from APK files manually to protect your phone’s security. You have to enable this functionality allowing app installation from unknown source. 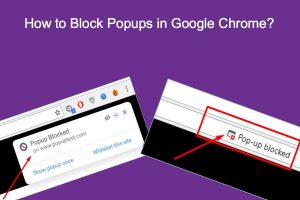 How To Block Popups In Google Chrome?

You might be having the problem when an irritating pop-up[...] 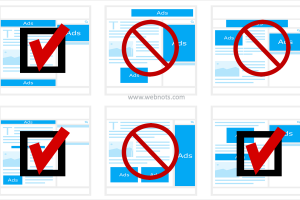 How to Block Sensitive Ad Categories and Advertisers in Google AdSense?

Showing display ads is one of the easy options for[...] 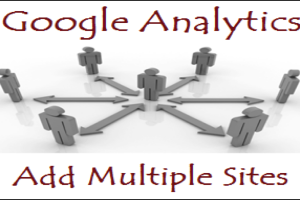 How to Add Multiple Sites in Google Analytics?

Google Analytics is the most popular and free website tracking[...]