Home » Tech Tips » Windows » How to Close Unresponsive Programs in Windows and Mac?

Nowadays, it is not possible to live without the help of computer. However, there are still some mysteries that the programs you work will suddenly stop working. Sometimes this is annoying as it may interrupt your work and sometimes you may need to loose the work if not saved properly. At any case, when a program is not responding you need to close it to proceed further. In this article, let us explain how to close unresponsive programs in Windows in Mac.

Related: How to install and uninstall programs in Windows 10?

There are lots of reasons why a program is not responding on your Windows or Mac.

Remember that your computer has limitations in terms of CPU and RAM. You should work on apps that is suitable for your computer’s resources. In addition, ensure to use latest operating system and update the apps to avoid crashing frequently. Both As long as you can switch to other apps, you can easily kill the unresponsive apps both in Windows and Mac.

How to Kill Unresponsive Programs in Windows 10?

Windows will show you “Not Responding” on the title bar whenever an app is not working. Trying to close or clicking anywhere will show a dialog prompt. The prompt may be different based on the applications and below is how it will look for not responding Microsoft Word.

You can either click on the “Restart the program” option or simply wait for the program to respond for some more time. However, if you do not see any prompt then follow the below instructions to forcibly kill the unresponsive app.

All Office applications like Word, Excel and PowerPoint programs offer an auto recover option to recover the unsaved work. However, you should have enabled this function before the crash happens. Learn more on how to setup auto recover in Office documents.

How to Force Quit Apps in Mac?

In general Mac is more stable operating system compared to Windows. However, you will still get problems with freezing apps due to similar reasons mentioned above. Unlike Windows operating system, you will not see any pop-up message in macOS indicating the app is not responding. You can’t view the app when switching or accessing from dock / applications folder. Follow the below instructions to quit the unresponsive apps in Mac.

The above ways of quitting apps will work in Windows and Mac only when you have access to other applications. Sometime, the entire computer may freeze without the possibility of accessing the keyboard or mouse. In Windows you may see a blue screen or white screen and Mac will show you a spinning wheel without any response. In such case of system freeze, the only option is to hard boot your computer by pressing and holding the power key on your keyboard. You may need to hold the power key for around 10 seconds in order to shutdown your computer.

It is very common to get struck with frozen apps in Android and iPhone. The reason is simple that most of the time you may be using an outdated app or OS that are not compatible. When the app is frozen and not responding, try to use App Switcher to close the app. If you are not able to switch apps then the only option is to hard shutdown by pressing and holding the power button. After shutting down, restart your phone and check the app is accessible. 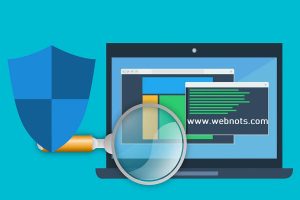 How to Check PC Health in Windows 11?

Over period computers will slow down due to several reasons.[...] 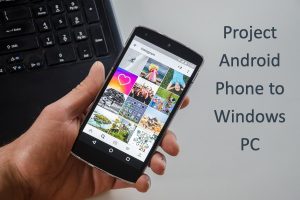 How to Project Android Phone to Windows PC Screen?

Apple has continuity features to seamlessly integrate iPhone and Mac.[...] 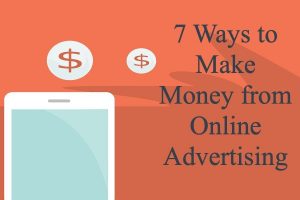 7 Ways to Make Money from Advertising