How to Change Default Command Line Interface in Windows 11?

Windows operating system is basically a Graphical User interface (GUI) evolved from command line MS-DOS interface. Earlier days, Windows used to come with a Command Prompt as a default command line tool. Later, Windows PowerShell came with more powerful and scripting capabilities. And finally, you have Windows Terminal as a console app for using command line tools. If you do not want to use Windows Terminal as your default console, here is how you can change it in Windows 11.

If you have upgraded to Windows 11 22H2, you will notice opening Command Prompt will by default open Terminal app.

You can open Command Prompt, PowerShell or Azure Cloud Shell in new tabs of the same Terminal app. This means Windows 11 22H2 makes Terminal app as a default for all command line tools.

Follow the below If you do not want to open Terminal by default.

Now, you can search and open Command Prompt and PowerShell as independent apps instead of opening them in Terminal.

If you like to use Terminal as a default interface but continue to use Command Prompt or PowerShell separately, then there is an option for you. First make sure to select “Let’s Windows decide” option in the Settings app as explained above. Now, search and open Command Prompt or PowerShell in admin mode. This will open the apps independently instead of opening in Terminal interface.

If your Terminal app always open with PowerShell interface, it is also possible to change the default launching with Command Prompt.

Note that you can also change the “Default terminal application” from this “Startup” section on Terminal settings page. The selection here and in the Windows Settings app will be synchronized automatically. 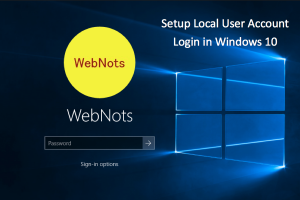 Windows 10 by default allows you to login with the[...] 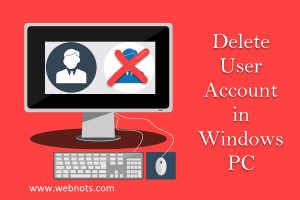 If you have lot of user accounts in your computer,[...] 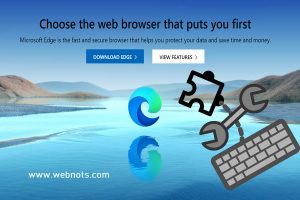 How to Assign Keyboard Shortcuts to Extensions in Microsoft Edge?

Microsoft Edge is the default browser that comes with Windows.[...]