How to Block Calls in Android 12?

Earlier days spam emails were the biggest problem wasting plenty of productive time. Thanks to artificial intelligence, spam emails have been almost eradicated on major email servers. Most services like Gmail will automatically send emails to spam/junk folder. Unfortunately, it is not the case for unsolicited calls. Nowadays, unsolicited calls are one of the major problems for all smartphone owners. The latest Android version provides highly effective tools to stop unsolicited calls on your Android phone. In this article, we will explain how to block calls in Android to avoid attending or even receiving unnecessary calls.

Generally, spammers call for advertising purposes to collect your personal details or ask you to register for something like bank account or insurance. The spam calls may also be used for phishing and fraud. Therefore, it is essential to block unsolicited calls on your Android phone. However, it is a challenging task to deal with call blocking, because sometimes you also do not want to pick up calls from your know contacts. For example, you may be traveling or in an urgent meeting or waiting for an emergency call and want to avoid all other calls.

Depending upon the situation, you can block, unblock and temporarily reject the calls for certain duration. You can also record calls in Android, especially video calls so that you can view it later.

If you have iPhone, you will know Apple offers a nice blocking feature within Phone app. Similarly, Android Contact app has a blocked list feature where you can add a phone number. Once you add, you will never receive a call or message from that number. It is also possible to completely block all calls from unidentified callers. Follow the below instructions to add a number to the block list.

There is an efficient way of adding a number to the blocked list of your Android phone. When you receive a call and find it is spam, immediately end the call. Now access the recent call record and long-press the number you received the call from. Select “Block/report spam” from the pop-up menu to automatically add the number to blocked list. You can also report the call as spam or choose to block it only.

Note that most of the social and instant messaging apps allow you to block and unblock contacts within the app. For example, you can block a contact in WhatsApp app to send/receive messages. However, this will not affect the blocked person to call you or send a message directly to your phone number.

Call Control is one of the world’s best caller ID and spam blocking apps. It maintains a comprehensive spam list updated regularly to protect you from spam calls. However, upon installation the app will ask you to make it your default phone dialer. You can also enable the caller ID service of the Call Control, which will show you the name of the incoming call so that you know who is calling you. Unlike other call blockers, Call Control does not require users to register mobile phone numbers before using the app. Instead, you can register with Facebook, Google, or other email address.

Once you are done with creating the account with Call Control, your promo period will start. Call Control offers a seven-day promo period in which you will enjoy all the premium features. After seven days, you can still use the free version but with advertisements and restrictions. Once you finish all the settings, protection will start, and Call Control will take care of everything. Remember that if you receive an unwanted call, report it in the app so that it is updated in the spam list to protect next time.

There are numerous other third-party apps to block calls on Android phones. Although 3rd party apps effectively block spam callers and robocalls, there are sometimes compatibility issues between the apps and Android. The following is a list of some other popular call blockers for Android.

4. Using Do Not Disturb to Reject Calls

Almost all mobile network operators offer spam call protection. Get in touch with your operator and check how you can subscribe to spam calls protection service. There may be a monthly fee for that service. This is a good option if you are ready to pay, since mobile phone operators provide better and more secure spam protection.

You can simply use default Android block list feature for managing spam and known callers. Or use DND mode for temporarily rejecting calls while you are in-between urgent task. Third-party apps can also help, however, you need an account or share data with them. 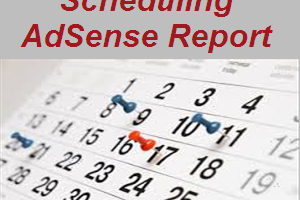 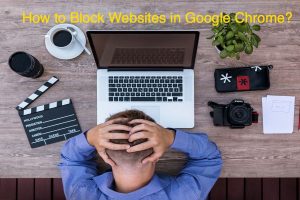 How to Block Websites in Google Chrome?

How to Block Websites in Google Chrome?

The internet is a public domain and has every type[...] 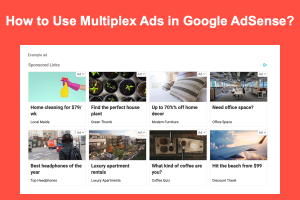 How to Use Multiplex Ads in AdSense?

What is AdSense Multiplex Ads and How to Setup on Your Site?

In past few years, Google ramped up the AdSense ad[...]