Windows, as the name indicates, is an operating system that contains application windows to accomplish tasks. However, it was evolved from the Microsoft Disk Operating System based on command line interface. You can still find a Command Prompt app to run commands from command line. Earlier Windows versions had a Console app that you can use for accessing command line interface. With Windows 11, Microsoft introduced Windows Terminal app which you can use for accessing multiple command line apps from single app. In this article, we will explain how to open Windows Terminal app in Windows 11 using various methods and customize the settings.

As mentioned, Windows Terminal is a command line interface app available in Windows 11.

It has the following features:

If you frequently use command line, then you will love the latest Windows Terminal app in Windows 11.

There are multiple reasons to access Windows Terminal or command line apps. For example, you may want to scan the hard disk with chkdsk command or want to find IP address with ipconfig.

2. Use Windows Search or Cortana

Click on the Windows Search icon on the taskbar or open Cortana search. Type “terminal” to find Windows Terminal app and launch it. In this way also you can open the app in admin mode as well as open other command line apps like Command Prompt, Windows PowerShell, and Azure Cloud Shell. In addition, you can pin the Terminal app to taskbar or Start menu if you intend to use frequently.

As you can see the list in the right pane contains an option to uninstall Terminal app. Since Windows Terminal app is available in Microsoft Store, you can uninstall and install the app without any impact.

Windows operating system includes all installed apps in the Start menu. Press Win key on your keyboard or press the Start menu icon in the taskbar. Click “All apps” button to view the list of all installed apps on your computer. Since the apps are listed in alphabetical order, scroll down to the bottom, and find Windows Terminal app under letter W.

Similar to opening the Terminal app from Run, you can also access from Command Prompt or PowerShell. Simply type wt and press enter in the command line to launch Windows Terminal app in a new window.

As mentioned, by default Terminal app will open with Windows PowerShell. You can change this to Command Prompt or Azure Cloud Shell if you prefer.

If you want to add additional profiles, click on the + icon on the left sidebar. Again click “New Empty Profile” button and fill out the details. You can save the changes to create a new profile and anytime go back to the profile and delete if not needed.

You can navigate through the sidebar icons and customize the app as per your need. Here are some of the interesting options you can find:

In addition, you can customize the appearance of each app profile to change the colors and look to make them appear the way you like.

You can run any applicable commands in Command Prompt or Windows PowerShell similar to the way you run on the independent app. For example, type chkdsk to scan hard disk for errors. 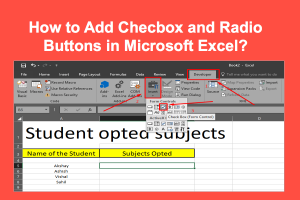 How to Add Checkbox and Radio Button in Excel?

How to Add Checkbox and Radio Button in Microsoft Excel?

Checkbox and radio buttons are very interactive tools in Microsoft[...] 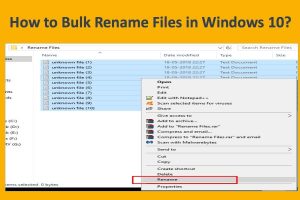 How to Bulk Rename Files in Windows 10?

How To Bulk Rename Files In Windows 10?

Changing Name of Single File or Folder You can easily[...] 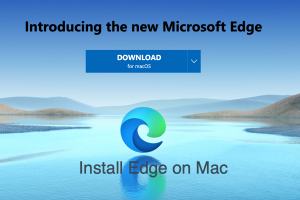 How to Install Microsoft Edge in Mac?

Microsoft revamped their iconic Edge browser with the Chromium based[...]