6 Reasons Why Quality Assurance is Important for an App

Mobile apps, interactive apps and websites are all viable means of engaging with users. But seeing the number of mobile users increase to nearly 4.5 billion, businesses now have no choice but to design and launch relevant apps that can help their customers in some way, enable the business to dominate its industry and also keep its target audience highly engaged.

In an attempt to launch an app as fast as possible, most businesses tend to ignore the quality assurance (QA) process and just go ahead with the launch before their rival companies can. From a business perspective, this strategy may make sense, but only in the short term. In the long term, launching an app without due testing and quality assurance only leads to serious challenges later on, such as bugs, unsatisfied customers, and other technical and usability issues. On paper, this strategy may not seem like a bad idea, but it will eventually result in your brand losing a whole lot of customers.

When it comes to quality testing, a huge number of devices, multiple operating systems, apps and web browsers make the task daunting and challenging. However, for better engagement, testing the app for device compatibility, security, accessibility, and performance is a highly  recommended practice and a must for any app development team.

Quality Assurance for an App

A functional mobile app not only engages and retains users, but also boosts brand image and a company’s overall reputation. Hence, mentioned ahead are 6 reasons why quality assurance is essential for an app’s success, and why you, as a business owner, need to expend more time and money into testing your app for quality assurance.

1. Test Your App So it Delivers on its Promises

One of the reasons an app must be tested before launch is to find out if it is capable of doing what it claims to. If a user downloads your app and isn’t satisfied with the way it functions, she would immediately uninstall it and won’t download it ever again.

The main goal of your app is to increase your business’s reach, but if your target audience gets a bad impression by using it, they might actually even stop buying from you.

2. Rids You of Future Problems

Skipping the QA testing process can land you and your company in serious trouble. No matter how impeccable your process and team may be, QA testing significantly reduces your risk of technical and other glitches in the future. It also helps you be more confident about marketing the app since you know that it has been tested thoroughly.

Once an app is launched, it becomes much more difficult to make major changes in it since people may already have started using it and at that point, one big change could lead to a number of other smaller bugs, making the problem all the more challenging to address.

While QA testing doesn’t guarantee a problem-free launch, it does remove most of the bugs that could potentially cause problems.

Quality testing ensures that your app will provide optimal experience to users, result in increased engagement and garner positive reviews on the app store. Excellent user-experience and reviews should be the end goal of any new app in the market and that is only possible if you have already tested every critical aspect of it.

According to a survey, 53% of the users uninstalled or removed a mobile app if they experienced problems like frequent crashes, or freezes while using it. QA helps you reduce the risk of app malfunctions, thereby, improving your app’s functionality and overall user experience.

An amazing app experience leads to a happy user. Users who will not only leave good reviews but also tell their friends and families to try your app out. To create such an app is every developer’s dream, however, this dream requires serious testing and hard work to see the light of day.

Testing also helps to save you from the trouble of bad reviews and bad first impressions, as 23% of the users will abandon an app after initial installation. It goes without saying that great user experience leads to a strong brand image and a reputation for products or services that leave an impact.

Every app deals with some form of user data. If your app stores any information about the users, even if it is just their name and phone numbers, you wouldn’t want hackers to steal and use that information as they please.

Online security is a hot issue and users want to be sure that their data is safe and won’t be used without permission. If your app risks users’ data or has security loopholes after it’s launched, it’ll wreak havoc on your app’s popularity and your brand image as well.

6. Economical in the Long Run

Launching your app without testing it for quality will cost you in the long run in many ways, including app stores penalization, bad reviews leading to fewer installations and poor user retention.

Additionally, finding and fixing bugs after launch is going to cost you much more than if done before. And the damage isn’t just monetary, it can jeopardize your company’s reputation and brand image too.
What can you do?

This is the first step you ought to take to properly get your app evaluated. A QA specialist would see your app from a critical point of view and would evaluate it better than your developers can.

One thing you can do to evaluate your app on the go is to have automated testing done with the help of QA testing tools. Automation will save a lot of your time and energy by testing the app and simplifying the entire process.

Quality Assurance tool is important for an app to be successful. It hashes out any small or big issues with your app before the launch, leading to less stress on your part and better engagement for your users in the future. Following a good quality assurance strategy can not only save you money but also keep users’ sensitive information from hackers and ultimately keep your and your user’s data secure.

How to Protect Saved Passwords in Google Chrome? 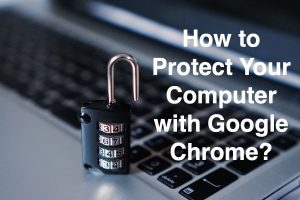 How to Protect Your Computer with Google Chrome?

How to Protect Your Computer with Google Chrome?

One of the major factors that have separated Google Chrome[...] 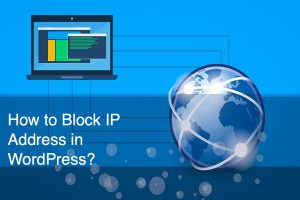 How to Block IP Address in WordPress?

The primary objective of most of the starter websites is[...]