HyperText Transfer Protocol (HTTP) is a communication protocol used when browser sends the request to the server to get the response. During this process, server returns a code to indicate the status of the received request. This HTTP status code is very useful in troubleshooting the connection errors and fix the problems.

These are the HTTP status or error codes most frequently seen in the web browser window. 5xx error codes are returned by the web server when it encounters a problem during processing of the requested resource by the client.

When the server encountered an unexpected condition which stops it from responding to the request then it returns an error code “500 – Internal Server Error“.

Generally, internal server error happens due to incorrect configuration. If you are a website owner, check the server’s configuration or get in touch with your web hosting company to fix the error.

When the server does not able to provide the requested resource due to unsupported or unrecognized method used in the request then the code “501 – Not Implemented is received.

When a request is received by the server at the time it is overloaded by other requests or it is under planned maintenance downtime then the code “503  – Service Unavailable” is received.

When the server1 is acting as an external gateway or proxy and did not receive the response on time from the next server2 further up in the request chain which it tried to access in order to fulfill the request then code “504 – Gateway Timeout” is received.

505 – HTTP Version is Not Supported

When the server does not support the HTTP protocol version used in the request message then the code “505 – HTTP Version Not Supported” is received.

When the server runs out of hard disk space and no more accommodate the request then the code “507 – Insufficient Storage” is received.

When the server can’t process the request due to unsupported extension is requested then the code “510 – Not Extended” is received.

How to Change DNS in Android?

How to Change DNS in Android Device?

DNS or Domain Name System is a directory of internet[...] 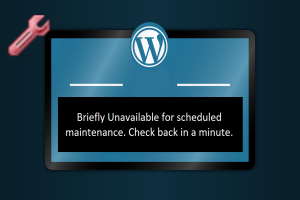 How to Fix Briefly Unavailable for Scheduled Maintenance Error in WordPress?

You will see different types of errors when managing a[...] 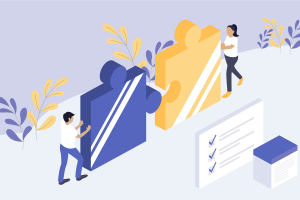 How to Fix CORS Errors in WordPress?

WordPress sites will work perfectly fine as long as you[...]