Home » Tech Tips » Browsers » 10 Games You Can Play with Google

10 Games You Can Play with Google

Updated on May 8, 2021 Posted by Editorial Staff Browsers, Tech Tips No Comments

Why do we enjoy playing games? The simplest answer is because it does not stress us. It’s easy and takes our mind off all the tensions and difficulties. Gaming gives off a temporary sense of achievement. Which revitalizes us to take the challenges of the world.

Individuals whose work-life surrounds a computer can distract themselves from tiring schedules. Because Google has sited interesting games, just one click away. Here are 10 games you can play with Google.

Windows had us addicted to minesweeper for years. Google offers us this amazing game in an even more colorful and graphical way. The player clicks and sometimes come across gold or at other times a bomb. You can choose from easy, medium and hard levels. Timer ticks while the player digs his fortune.

If you have spent hours of your childhood playing this arcade game, then Google has good news. You can play Pac man with Google. This version of Pac man is the same as the old arcade version. A doodle chased by an evil doodle. The doodle eats dots and you must find a path for it to survive.

With a simple query on Google, you can play the classical snake game. The snake eats food and keeps increasing in length. The only rule is that the snake shouldn’t touch its own body. Snake game has been enjoyed by individuals of every age for years.

Yes, Google offers you your childhood favorite, paper game, The Tic Tac Toe. This simple 5-second game is light and helps you kill time. You can pick from easy, medium and impossible levels.

Solitaire is also known as “Patience” in some parts of the world and has a proud history. Solitaire is a digital card game. In classical solitaire there are six columns of cards. The cards are shuffled and must be arranged in terms of rank. The rank of cards in Solitaire games is: K (high), Q, J, 10, 9, 8, 7, 6, 5, 4, 3, 2, A (low). Game ends when all 6 columns are arranged.

The enjoyable part is that the games are miniature versions of big arcade games. These games can be played with only one or two keys. You get hand of these games in less than a minute.

How to Install an Extension on Google Chrome?

You can install the following games from Google Chrome Web Store as extensions.

Racing Car is a very light-hearted game. The rules are very simple, you must race your car close to other cars for bonus runs. The store has various expensive cars and wagons that you can purchase from the earned money. You can even select the type of graphics you want good, bad or mediocre.

Boxel Rebound is available for free on the Google Chrome Web Store. It has around 40 exciting levels. This box-jumping game is a lot of fun. The graphics are spectacular. You must protect the box from touching the hurdles. The speed of the box keeps increasing, making is more difficult to control. This game is easy and fun to play.

Doodle jump is one of the Google Play store’s most played games. This little game is wildly addictive. It is based on a little yellow doodle whose mission is to jump up a sheet of graph paper. The game gets harder and harder as the doodle jumps. As time passes, the tiles get fewer and speed gets higher. The doodle is also able to blast the “evil green doodles” with nose balls. This game is highly recommended for bored people out there.

Tabby cat has more than 4000 reviews on Google Chrome Web Store. It is named Tabby cat because it opens in every tab. Whenever you open a new tab, there’s a cute cat waiting to be fed. It has beautiful backgrounds and lots of gifts for the player to collect.

This is not much of a game, but a beautiful distraction.

This is a famous offline dinosaur game, kudos to the person who came up with an idea this good. If for any reason your internet is unable to connect, then instead of getting frustrated over it, Google Chrome offers you to play this simple yet addicting T-Rex game.

The game is based on a little dinosaur running on a platform full of cactus on the ground and birds in the sky. So, for minutes until your internet connection is back, it’s about you, the space bar on your keyboard and the dinosaur who often blinks. You can also play this game on your iPhone using an app as a widget.

Digital games can be very addicting, distracting and time wasting. However, these very games can get us out of tension and depression. These games are a great time pass as well. Google has put all these amazing games at one click. 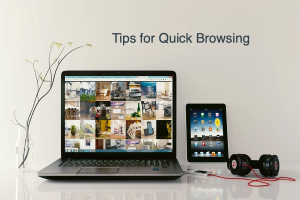 We use browsers like Chrome, Firefox, Edge and Safari to[...] 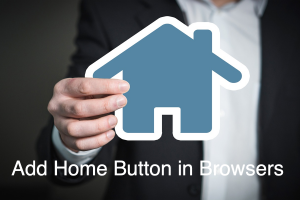 How to Add Home Button in Browsers and Customize the Home Page? 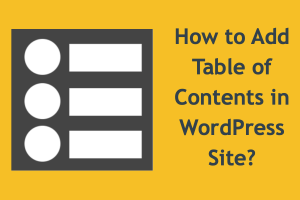 How to Add Table of Contents in WordPress Site?

How to Add Table of Contents in WordPress Site?